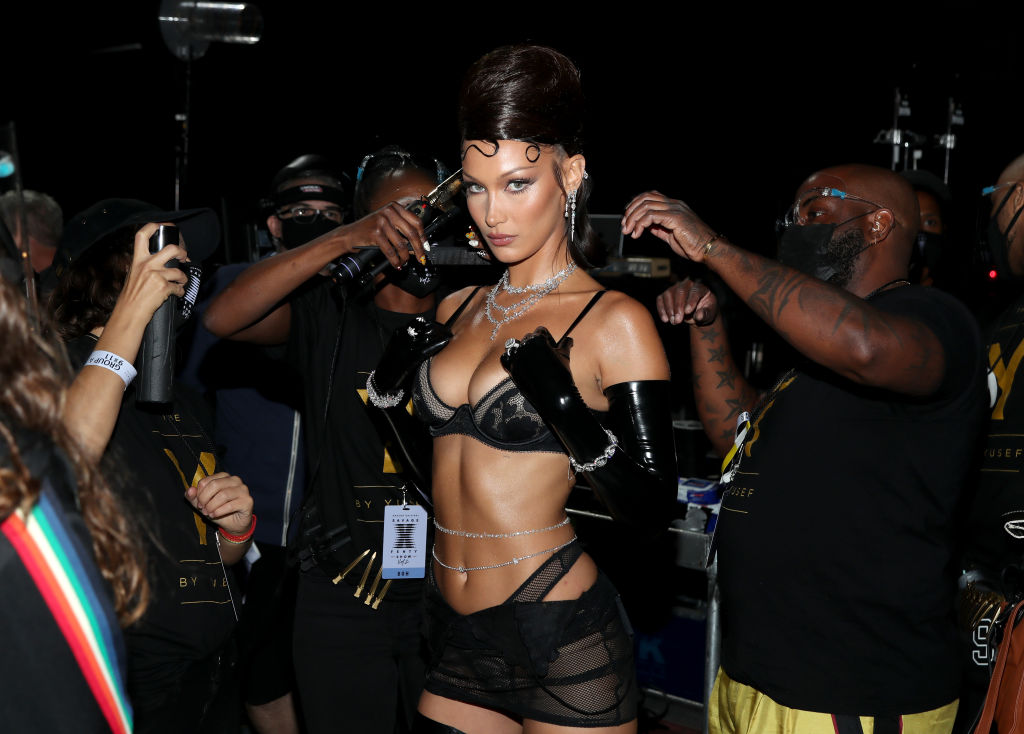 Bella Hadid appears to be wrapping up 2020 with her new found flame.

The news came after Page Six cited that the supermodel is currently dating Duke Nicholson.

The 20-year-old actor is the grandson of Oscar-winning actor Jack Nicholson. He also appeared in Jordan Peele's 2019 horror film "Us."

Moreover, the publication revealed that the brunette bombshell and Nicholson has been secretly seeing each other since late last month when the 24-year-old model moved to New York.

Surprisingly, prior to Hadid's all-girls birthday trip, she and the actor -- whose real name is Duke Norfleet -- went on a secret birthday vacay together.

However, the Fenty muse's representative shut down the rumors and cleared that the duo are not dating.

"Bella and Duke are not dating. They met once through mutual friends but have not been in touch since," the rep told the outlet.

Despite this, fans are convinced that the supermodel and Nicolson are an item.

Meanwhile, an individual suggested that Hadid might be using the actor to amp up her celebrity status: "Bella Hadid dating Jack Nicholson's 20 yr old grandson makes me immediately think.. "Oh, she wants to get into acting..bc I'm a terrible person."

Before her rumored relationship with the "Dreamland" actor, the Vogue cover girl has been linked with various high-profile personalities.

With that said, here are five Bella Hadid boyfriends before Duke Nicholson.

The supermodel's most recent and probably one of her most highly publicized relationship is with The Weeknd.

The Canadian crooner, whose real name is Abel Makkonen Tesfaye, dated the younger Hadid in 2015.

Rumors sparked that the two were dating after they were spotted flirting and hanging out during Coachella. However, the "Starboy" hitmaker and the runway royalty had and an off-again-on-again type of romance.

Sadly, they officially called it quits in August 2019 due to distance and clashing schedules, per E! News.

It seems that the supermodel had some short-live romance and flings along the way.

In 2017, rumors sparked that Bella Hadid's boyfriend at the time was the "Tootsie Slide" rapper, Drake.

Although this was unconfirmed, the Canadian singer's 2018 track titled "Finesse" was written about the brunette beauty.

The lyrics goes, "I want my baby to have your eyes. I'm going against my own advice. Should I do New York? I can't decide. Fashion week is more your thing than mine."

On the other hand, Harper's Bazaar reported that Drake ended the relationship by ghosting the supermodel.

During her split with The Weeknd sometime in 2016, BET cited that the Jacquemuse model dated football star Odell Beckham Jr.

"Odell and Bella have just clicked. They had known each other before, but once she split from the Weeknd, Odell reached out instantly. They really enjoy each other's company," the publication cited a source from gossip site TerezOwens.

However, the supermodel set the record straight and revealed to Grazia magazine that the 23-year-old model is like a "brother" to her.

In 2018, the 24-year-old Hadid was reportedly dating the NBA hottie Jordan Clarkson after they were spotted around New York City, per Us Weekly.

Media personality Perez Hilton wrote an article about the issue, to which the supermodel responded, "I am?."