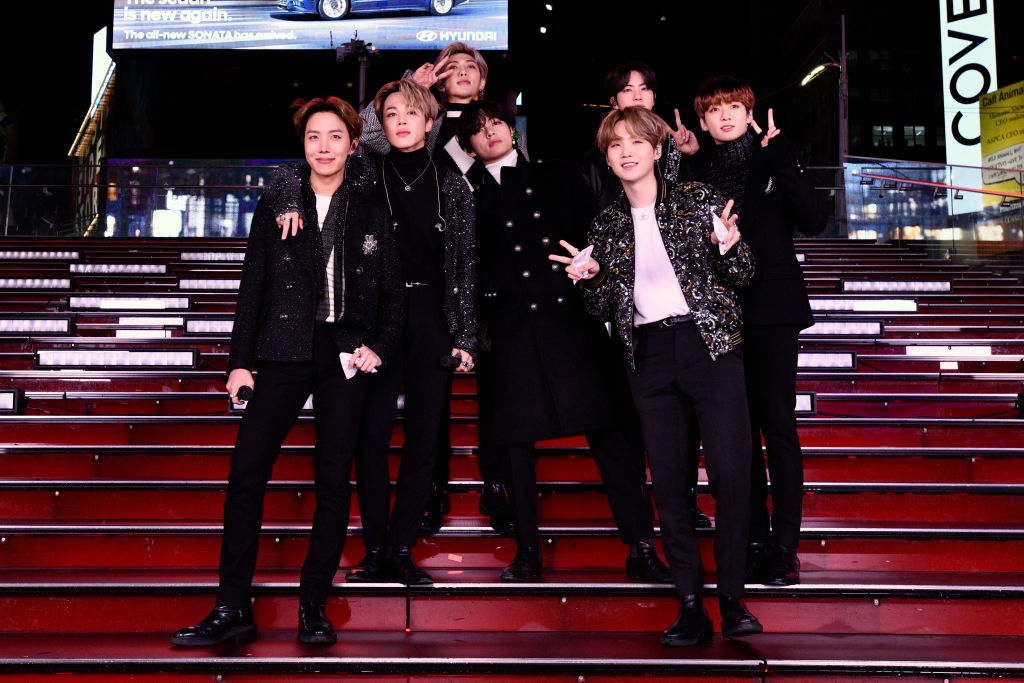 BTS is back with a bang, and they look braver and stronger than ever.

Last year's People's Choice Awards was really controversial after the award-giving body brushed-off the K-Pop boy band. They got three nominations for Music Video of the Year for "Boy With Luv," Concert Tour of the Year, and Group of the Year.

However, after the show, they went home with empty hands. This eventually caused outrage among ARMYs.

During that time, it was emphasized that the award show's official rules state that the fans' efforts do not take a considerable percentage to the result: "NBCU reserves the right to make the final determination as to which of the nominees will be declared the winner of the category."

But after BTS grew further this year, there is no way NBCU will show them cold shoulders again.

For this year's awards, the group bagged four nominations for Music Video, Favorite Group, Favorite Song, and Album of the Year.

The last one, which their album "Map of the Soul: 7" garnered, definitely has to win this time, and for good reasons. It is why it's on top of our 2020 People Choice Awards prediction.

"Map of the Soul: 7" Is a Complete Package

A total of 20 tracks in one album? That is definitely an out-of-this-world offering! For this album, BTS made sure that ARMYs would get everything they deserve (and their money's worth).

People are already familiar with eight out of the 20 tracks since they already heard it on "Map of the Soul: Persona."

Meanwhile, the rest of the album is a combination of melodic ballad and rap-rich tracks.

Indeed, fans received more than what they paid for in this album, and it helped BTS create a deeper connection with their fans.

"Map of the Soul: 7" Is Full of Emotions

As usual, the songs included in the album can take everyone on a roller-coaster ride.

"Map of the Soul: 7" literally contains the map of the members' soul as they thread on the path towards international fame. From being a small group from a small company, BTS surely did not have an easy way as they reached where they are right now.

Through their music, they express their happiness, loneliness, regret, sorrow, and triumph. Each song they make demonstrates how the group gives life to their music through a story.

Furthermore, as we  mentioned in other 2020 People's Choice Awards predictions for BTS, the K-pop group transformed themselves into a team worthy to be called idols and family at the same time.

"Map of the Soul: 7" Satisfy its Listeners

It's a rare scene to witness someone who was never into K-pop before become a fan now. But with the arrival of BTS on the international stage, they immediately garnered attention not only for themselves but for the whole K-pop industry.

Since the tracks tell different stories, the album itself became the map of everyone's souls.

Now, by letting BTS bring home what they deserve from the People's Choice Awards this time, the award-giving body would also make everyone feel like they won with the group, too.