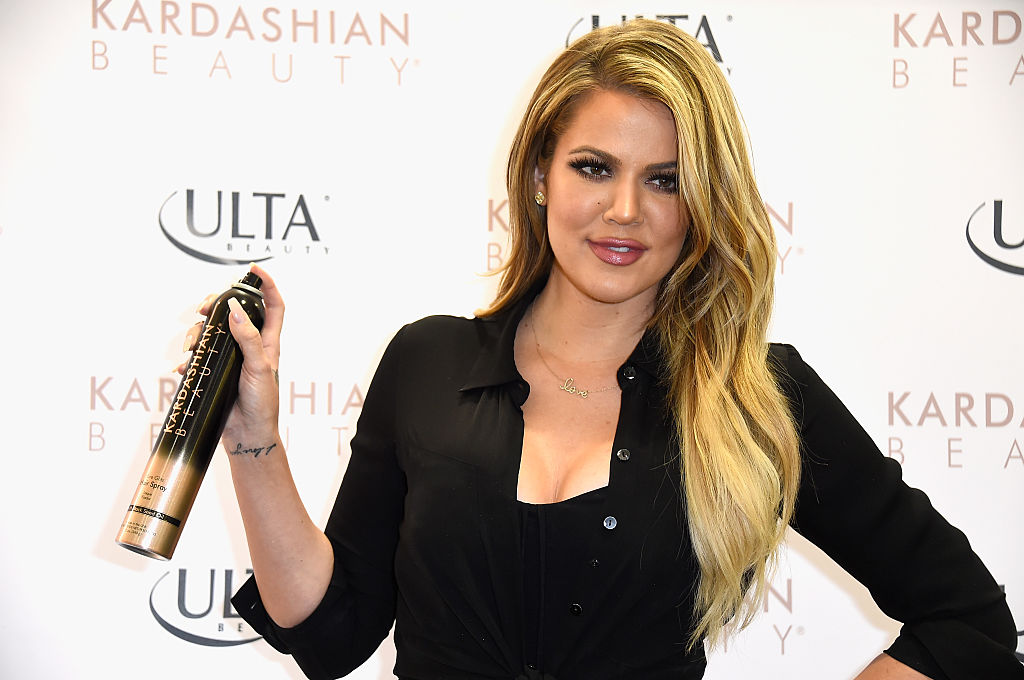 Are Tristan Thompson and Khloe Kardashian back together? Well, Khloe allowed that man she said cheated on her to kiss her and held her in his arms.

According to Hollywood Life, it appears that the long-rumored reconciliation between baby True Thompson's parents is, in fact, true.

On October 21, not only were they spotted together at Kim Kardashian's surprise 40th birthday bash, but they were also showing some PDA.

The two were dressed in all black and looked real cozy with each other, not minding the cameras flashing at them.

As photographers snapped pictures of them being all comfortable with each other, Tristan leaned in and planted a kiss on Khloe's cheek. Khloe did not push him away or grimace at the gesture, instead, she had a wide smile on her face, signaling she's okay with it--if not happy about it.

View this post on Instagram
Khloe and Tristan at Kim’s birthday party. Do you think they are back together?A post shared by  KARDASHIAN NEWS (@kardashianvideo) on Oct 21, 2020 at 8:13pm PDT

Thompson and Kardashian Together Again?

This is just a culmination of what people had been hearing and seeing for months about them. For months now, many signs abound that the two are back together following a dramatic and scandalous breakup in 2019, involving a family friend in Jordyn Woods.

Khloe's IG posts were full of clues since Tristan kept making flirtatious comments in several of them. Another evidence is that they had been going out a lot together.

Since Tristan is Khloe's baby daddy, it is natural that they spend time together. But their togetherness seems to imply they were more than friends, not just co-parents. They were even spotted on a secluded and quite romantic hike.

A source close to Khloe told Hollywood Life that the reality star is keeping a lot of things so much more private than she did before they broke up over Jordyn. Koko is said to averse to having outsiders make comments and give opinions about her love life.

Even though Khloe Kardashian is not letting on whether she and Tristan are officially back together, her interviews about him have always showed she is not angry with her ex.

Back in February, while speaking on Laura Wasser's "Divorce Sucks!" podcast, she shared that she's open about co-parenting True with Tristan. "My parents were so good at not letting us feel whatever they were going through," she said.

As the pandemic broke out sometime after that interview and people were forced to say home to quarantine themselves, some sources said that they started to hang out a lot, and this has done wonders to their relationship.

"The fact that Tristan hasn't been working or been able to hang out with his friends and other athletes who have previously been a negative influence on him like he used to has been great for their relationship," a source told Us Weekly.

The Season 19 trailer of "KUTWK" showed that the quarantine has certainly brought them closer once more. In a clip, Khloe can be seen saying she's afraid that Tristan is only nice to get what he wants, and once he gets it, he'll go back to being to his old self once more. By getting what he wants, it can be assumed that she meant them getting back to her.

In July, some sources claimed that the two have already given their relationship another try even if none of them are making a public announcement about it.

READ MORE: Ellen DeGeneres Is Trending Again, But for a Different Reason