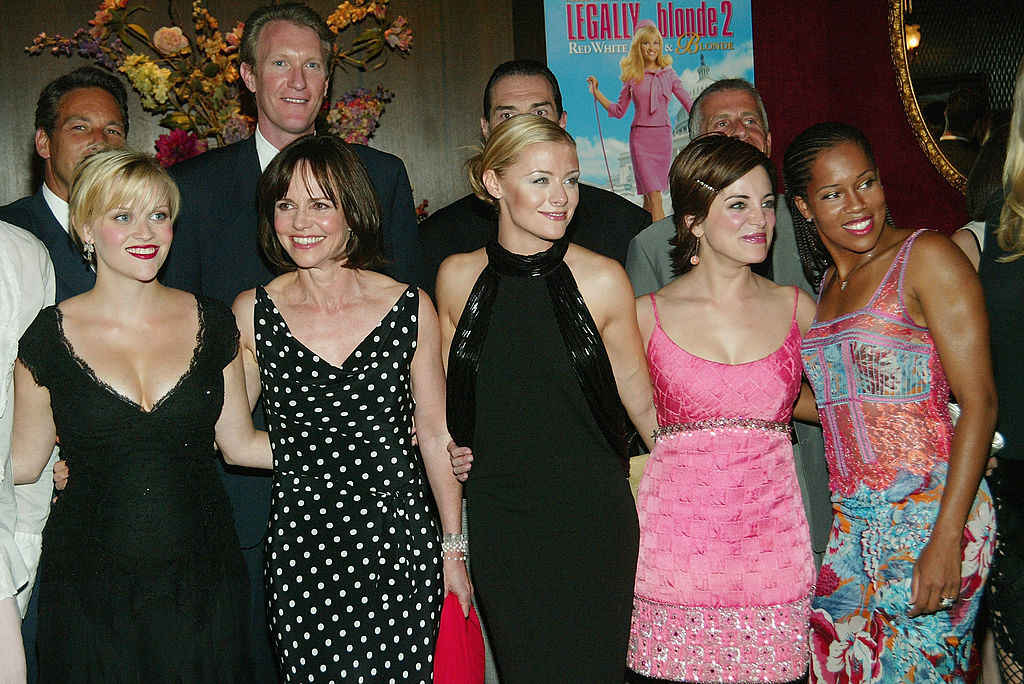 For many years, people have come to terms that they would never see Reese Witherspoon as Elle Woods anymore. She was impressive in the first "Legally Blonde," and she was quite instrumental in making it a cult-favorite.

Witherspoon was also as impressive in the second installment, cementing the franchise as one of the most iconic ones out there. But no matter how good these movies were, fans really thought it's simply done and over with.

Most fans thought having a third installment would remain a dream, but here we are. "Legally Blonde 3" is seriously happening and we have all the most recent deets.

"Legally Blonde 3" was announced in 2018 by Reese Witherspoons herself.

The actress posted a video of herself floating in a pool à la Elle's Harvard application video with the caption "It's true... #LegallyBlonde3."

But after the initial excitement of fans, things suddeny went quiet, leaving supporters in the dark whether it would still happen.

Of course, the pandemic hit this year, so people are no longer asking if and when it would be arriving. But we finally got a date: May 2022.

That's in less than a year!

YES! In fact, she's the only one we know for sure is returning or joining the movie.

There is still no official word yet on who might be joining her. "It's just a development project right now, so we'll see," Witherspoon told Entertainment Tonight in October 2019.

"I love Jennifer Coolidge and Luke Wilson and Selma Blair and so there's so many great characters that people love. If we end up doing it, hopefully, they end up all being there," Witherspoon added.

Coolidge has no qualms about it. Her character and her line "bend and snap" has become so iconic sometimes people can forget the title momentariliy but not this catchy keyphrase.

"I hear that it is going, but I just don't know what the timeline is," Coolidge has said when asked if she's returning in "Lrgally Blond e 3." "But you know, if I'm asked to do it, I'll definitely be in there."

Reese Witherspoon never lost hope that "Legally Blonde 3" would happen. She never thought it was impossible, unlike some of the fans who accepted the fact the franchise has simply ended. She even had ideas on how it should go.

In 2015, two years after the second instalment of "Legally Blonde," Witherspoon was already putting it out there what a swell idea a third installment would be.

"I think it would be cool," Witherspoon said on Fashionably Late With Rachel Zoe in October 2015. She revealed that a lot of writers were already excited to write a storyline for the third installment, and many of them are really great.

Personally, the actress said she wants to see Elle Woods in the Supreme Court justice or someone running for a political office, even the presidency.

After that interview, there was silence again up until 2017 when Reese once more said a third installment would still not be impossible.  "We've thought about it," she told E! News. "I need somebody really clever to come up with a great idea and we'll do it."

She's in luck because Mindy Kaling has signed on to co-write the script. Given Kaling's body of work, we can be sure this is going to be a hit. According to Deadline, she and Dan Goor (Brooklyn Nine-Nine) will take on the humungous task. .