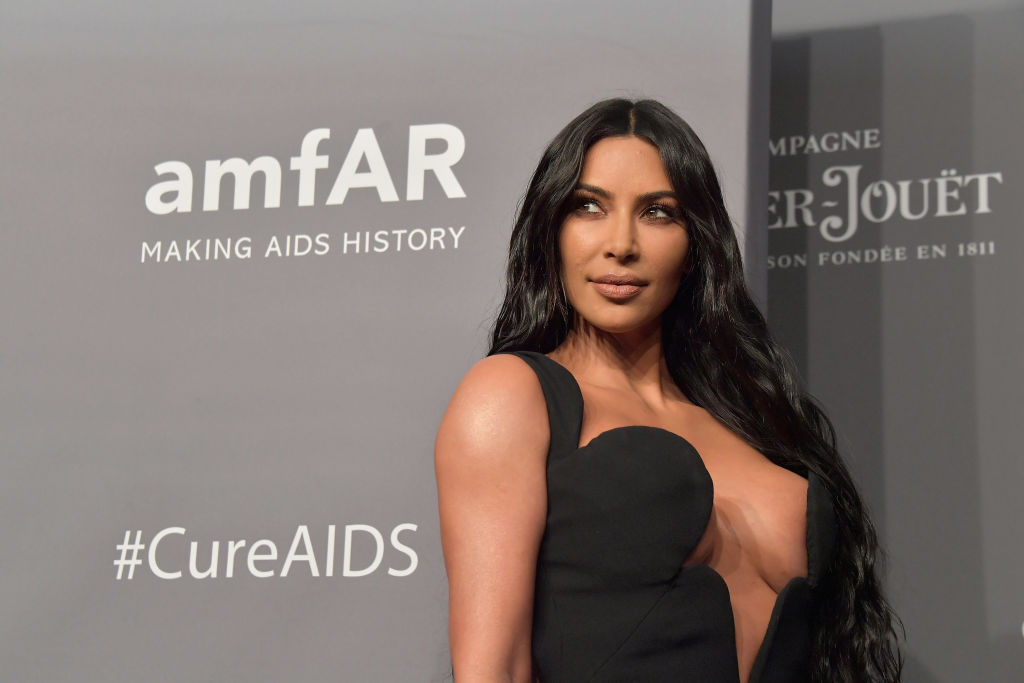 Forty never looked so good as Kim Kardashian proves that she's a one hot momma.

The "Keeping Up With The Kardashian" star shared a sneak peek of her secret birthday escapade, during which she sizzled in a tiny bikini.

In her recent Instagram post, the SKIMS founder stunned her 190 million followers as she donned a nude skimpy triangle top bikini paired with a matchy string high cut bottoms that accentuate her famous curves.

She topped off her look with a dark brown bandana and a mirrored lens as her headpiece, all while posing in clear blue waters. 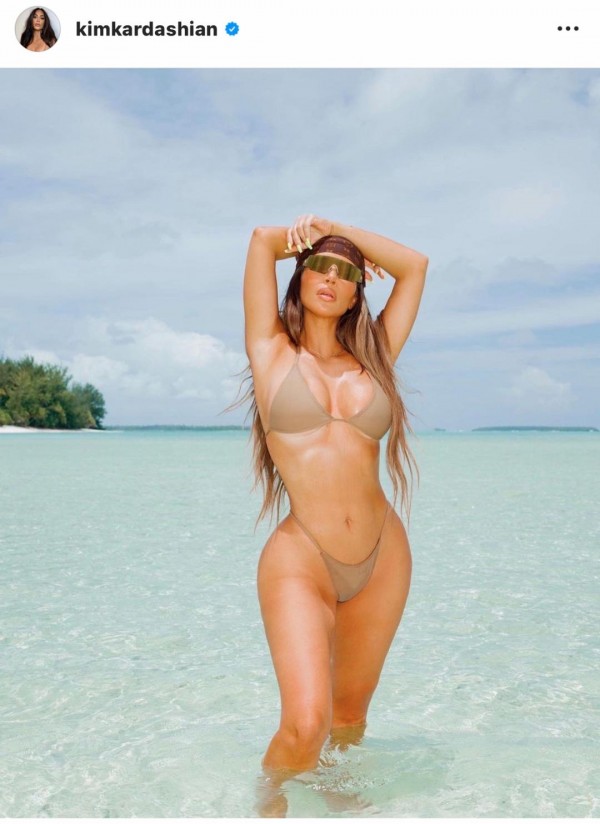 The resident Kardashian model, Kendall Jenner, also took to Instagram Stories as she posted an aerial shot of the island.

Meanwhile, her younger sister, Kendall, commented, "Sure is!!"

Aside from her family and friends, Kim Kardashian received tons of appreciation from fans as they greeted the birthday celebrant for another milestone in her life.

Another user went to praise the reality star for looking so much younger than her age: "Wow, you look fantastic, you don't look 40."

Another fan also joked about losing her diamond earring in the ocean, in reference to the infamous scene in "KUWTK."

"Make sure you don't lose your diamond earrings."

On the other hand, there are others who mocked the KKW Beauty founder and accused her of going under the knife to achieve a youthful look.

"this is 40 when you're rich," one posted, while  another critic teased the mother-of-four for having plastic surgeries.

"Can you please tell us who to your doctors are Kimberly? Sheeesh."

Furthermore, an individual also implied that the socialite had done a ton of surgeries to alter her body.

"Of course, you look like that at 40 with everything you have done."

Last week, Page Six cited that the reality star is looking into having a Caribbean getaway with selected friends and family.

According to the site, the SKIMS owner is secretly planning to fly 30 of her guests to a private island via private jet to celebrate her 40th birthday.

"All the guests know is when to be ready to be picked up for the flight, which will leave the Los Angeles area early next week. The destination is being kept strictly under wraps for privacy reasons, but that isn't stopping everyone [from] speculating," an insider revealed to the outlet.

Moreover, the people who are reportedly included are mostly her family members such as husband Kanye West, sisters Kourtney, Khloe, Kendall, and Kylie, as well as her friend, Jonathan.