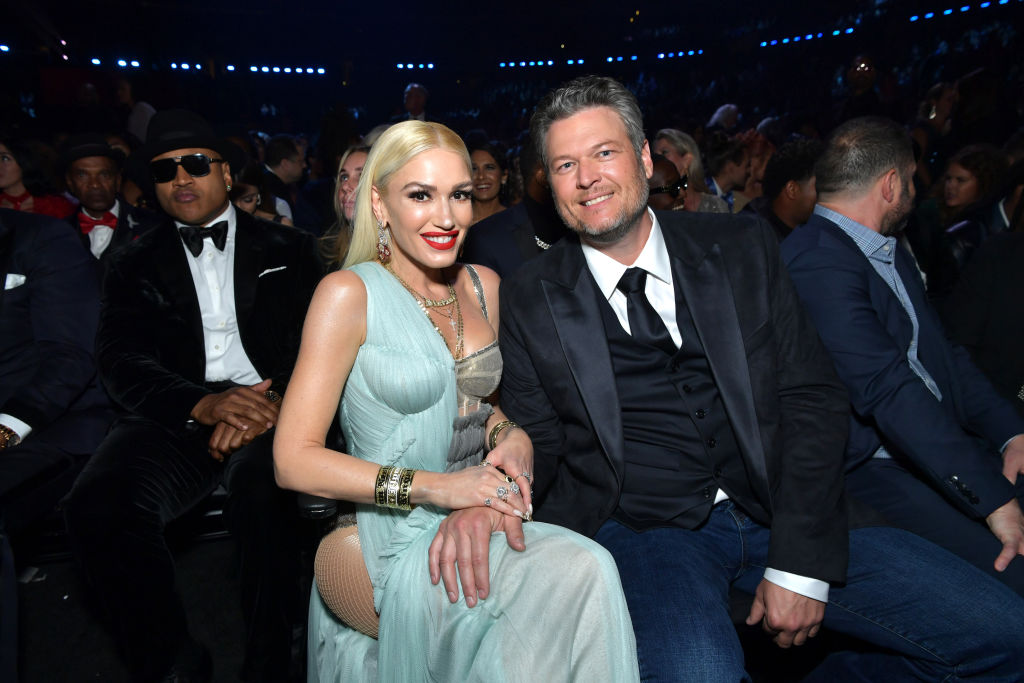 Amid rumors of tension between them, Gwen Stefani and Blake Shelton showed the world that they are happier than ever.

The blonde beauty shocked her 10.5 million Instagram followers after posting a photo of her showing off her massive engagement ring.

"@blakeshelton, yes please!" she wrote followed by a ring emoji.

Meanwhile, the multi-award-winning country singer sent fans into frenzy after posting the same photo alongside a sweet caption that says, "Hey @gwenstefani, thanks for saving my 2020... And the rest of my life.. I love you. I heard a YES!"

The pair's comment section was filled with congratulatory messages from fellow celebrities and fans.

"The Voice" co-judge and singer-songwriter John Legend wrote, "AMAZING! Congratulations to you both!!"

Meanwhille, the "If I Ain't Got You" hitmaker Alicia Keys penned, "Awwww babes!!!!!! Congratulations!!!!!!"

It appears that she predicted the couple's engagement after addressing the country singer as Stefani's "husband."

On the other hand, fans also showed some love for the duo as they take their romance to the next level.

Furthermore, an individual seemed to agree that the 51-year-old pop star is the one for Shelton.

"@gwenstefani is definitely your person; We all have one! May God continues to bless the two of you and that you both remain happy anywhere with one another!"

Over the past months, rumors sparked that the blonde beauty and Shelton have secretly tied the knot.

The news came after Star Magazine claimed that the power couple had a low-key backyard ceremony at his ranch in Oklahoma.

"They're both laidback and spontaneous, and it just made sense. They didn't need any fanfare, just a handful of loved ones and someone to preside over the nuptials," the source revealed to the outlet. "It was a celebration of love, pure and simple, and a perfect way for Gwen and Blake to become man and wife."

However, recently, the couple's relationship was tainted with controversy after Stefani reportedly got irritated with his beau having second thoughts about marrying her.

According to InTouch, the mother-of-three is tired of waiting for the "God's Country" singer to pop the question.

In addition, the unnamed source revealed that the 44-year-old crooner is dragging his feet about getting married for the third time.

"Blake kept saying it'll happen when the time is right," the insider furthered.

Following this, the tension between the two also took a toll on their working relationship on "The Voice."

The outlet claimed that the crew felt the awkwardness and hostility between the couple as they "act like everything is fine" once the camera starts rolling.

Interestingly, Blake and Gwen finally shut down the rumors after they officially announced that they are engaged.

In 2015, the duo began dating after they met on the set of the reality talent search. A year later, they made their red carpet debut in the 2016 Vanity Fair Oscar party.

Soon after, they released music collaborations, including "Happy Anywhere," "Go Ahead And Break My Heart," "You Make It Feel Like Christmas" and "Nobody But You."