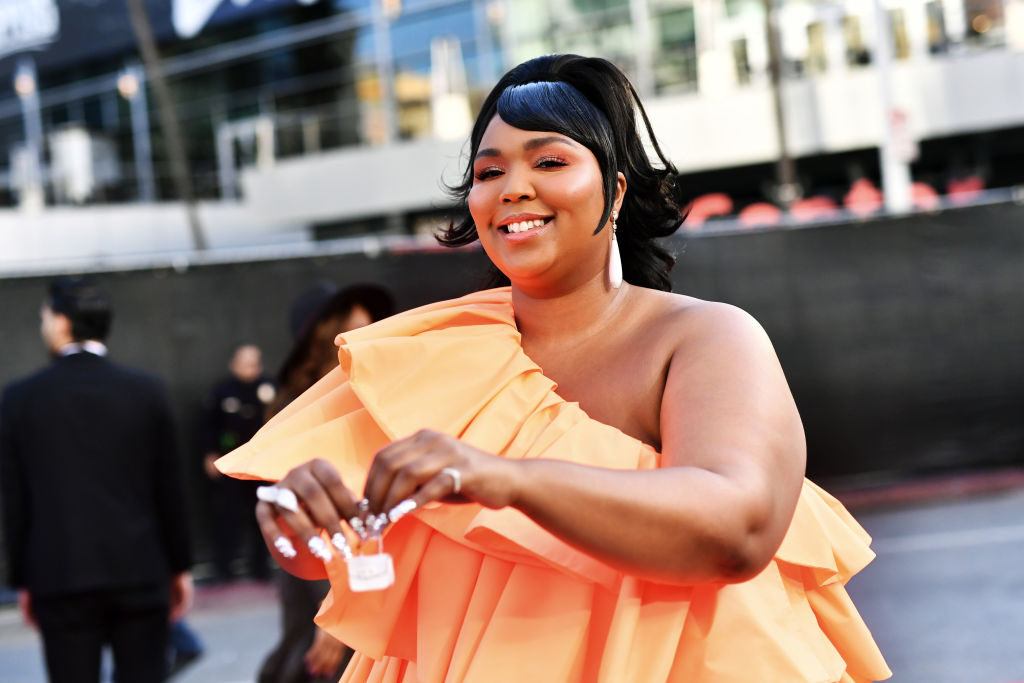 Lizzo previously bristled at being linked with the idea of body positivity.

Instead, the 32-year-old singer would rather be considered "body normative."

Lizzo is known for showing off some of her assets and is proud of it. "I want to normalize my body." She even gave a shout-out to the girls who size 18 and up.

However, the supersized singer is going on a journey for a lifestyle change.

Lizzo reportedly embarked on a radical vegan diet and an extreme diet to save her life.

According to the National Enquirer, the Detroit-native was warned by doctors about her 350 pounds and her daily calorie intake of 5,000, which is extremely dangerous for her.

Eating more was a dangerous path to self-destruction, and she needed to change her life, or she will lose it, said the source.

"Lizzo finally got the message and is committed to this program, but it's been a living hell for her."

The tipster also revealed that the "Juice" hitmaker has been suffering by going on an all-vegetable diet and a daily exercise, but she's unhappy with it so far.

The source added, "Lettuce wraps are tasteless, and they aren't cutting it. And neither are yams and quinoa."

Lizzo reportedly drinks a gallon of water a day, but "she never feels full." The singer is having a hard time as she loves to eat mac and cheese, ice cream as much as she does.

Meanwhile, exercise has been extremely difficult for the singer as well. She reportedly has been doing workouts through Zoom with a trainer who "orders her around like a drill sergeant."

"She's done so many push-ups, sit-ups, and pull-ups she could scream. And she often does," the tipster shared.

According to the source, the performer is still craving these foods all day, especially donuts in the middle of the night.

But she knows she can't have even just a single bite, which is reportedly "driving her up the wall."

A doctor consulted by the outlet warned that if Lizzo continued to live in her past lifestyle, she could be facing serious health issues, including Type 2 diabetes, which is caused by excess fat in the liver.

"Her massive abdomen suggests she may already have it," said the physician, "She needs to change her life completely. "

However, it is best to take the National Enquirer's report with a grain of salt.

"Being raw has a lot of internal benefits," she once told her followers on her Instagram Stories.

She said that nutrition is too often focused on the exterior details, but "the internal benefits are the ones that are important to me."

For the past few months, the "Good As Hell" singer has been posting tasty-looking vegan dishes on her social media account.