Blac Chyna is once again in the headlines, but this time it is not about his relationship with Rob Kardashian. The former girlfriend of Tyga is reportedly spotted getting too cozy with a guy at the Super Bowl on Sunday, but that is not the father of her child, Dream.

Blac Chyna has been allegedly seen with another man at West Hollywood, California, restaurant Estrella. In fact, a source told Us Weekly that the 28-year-old entrepreneur and this guy, who was sporting a Patriots knit cap, sat very close together that they would be confused as a real couple.

Apparently, Blac Chyna was even heard telling the mystery man that he was still with Rob Kardashian, although they were not living under one roof anymore. "I would definitely have thought they were a couple if didn't know better," another insider told Page Six.

Even though Blac Chyna and this man were at the event to watch New England Patriots and Atlanta Falcons, their attention were not focused on the game. "[The guy] at some point had his hand in her lap or on her legs," the source added.

The insider even claimed that Blac Chyna told the guy that she was already feeling faded, which a slang word for taking too many joints. The mother-of-two also talked about her relationship with Rob Kardashian confessing that they are still talking, but not living together.

Blac Chyna has yet to give her comments about this claim as of this writing. Meanwhile, the American model and Rob Kardashian just marked their first year of being together, but they have already been through a lot of troubles.

Blac Chyna and Rob Kardashian's relationship has been documented in another E! network's reality series titled "Rob & Chyna" and the show revealed all the ups and downs that they are going through. As a matter of fact, they just decided to part ways last December and the "Keeping Up with the Kardashians" star revealed that his fiancée took his daughter away and not even letting him to see her. 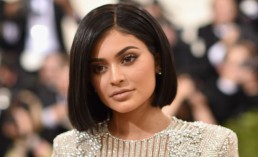 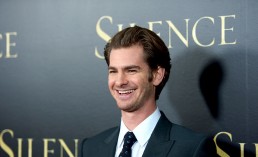 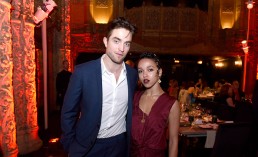