Louis C.K. has reportedly admitted to sexually harassing women on Friday. The allegations against the director were stated on Thursday by five women that claim Louis assaulted them.

The five women, Abby, Rebecca, Dana, Julia, and one who did not wish to provide her name spoke against the comedian in an article published by the New York Times. C.K. initially stated that he was 'troubled' by the allegations but has now confirmed in a statement that it is true.

"These stories are true. At the time, I said to myself that what I did was okay because I never showed a woman my d*** without asking first, which is also true," he wrote. "But what I learned later in life, too late, is that when you have power over another person, asking them to look at your d*** isn't a question. It's a predicament for them. The power I had over these women is that they admired me. And I wielded that power irresponsibly," C.K. wrote.

C.K's film, I Love You Daddy, featuring Chloe Grace Moretz was scheduled to be released next week but has been canceled amid the allegations. C.K. also apologized to the cast and crew of the film.

"I'd be remiss to exclude the hurt that I've brought on people who I work with and have worked with who's professional and personal lives have been impacted by all of this, including projects currently in production: the cast and crew of Better Things, Baskets, The Cops, One Mississippi, and I Love You Daddy. I deeply regret that this has brought negative attention to my manager Dave Becky who only tried to mediate a situation that I caused. I've brought anguish and hardship to the people at FX who have given me so much The Orchard who took a chance on my movie. and every other entity that has bet on me through the years," he elaborated.

The allegations against C.K. follow the accusations that began after an expose that was written about producer Harvey Weinstein in the New York Times. Weinstein has denied the claims against him but did go to a rehab facility to seek treatment for 45 days. In addition to Weinstein; Kevin Spacey, Dustin Hoffman, Brett Ratner, and Andy Dick have also been accused of sexual harassment.

It's been reported that a task force assembled by the Los Angeles District Attorney Office will be looking into the claims made against these alleged attackers. 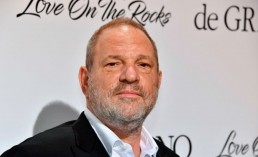 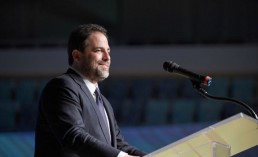