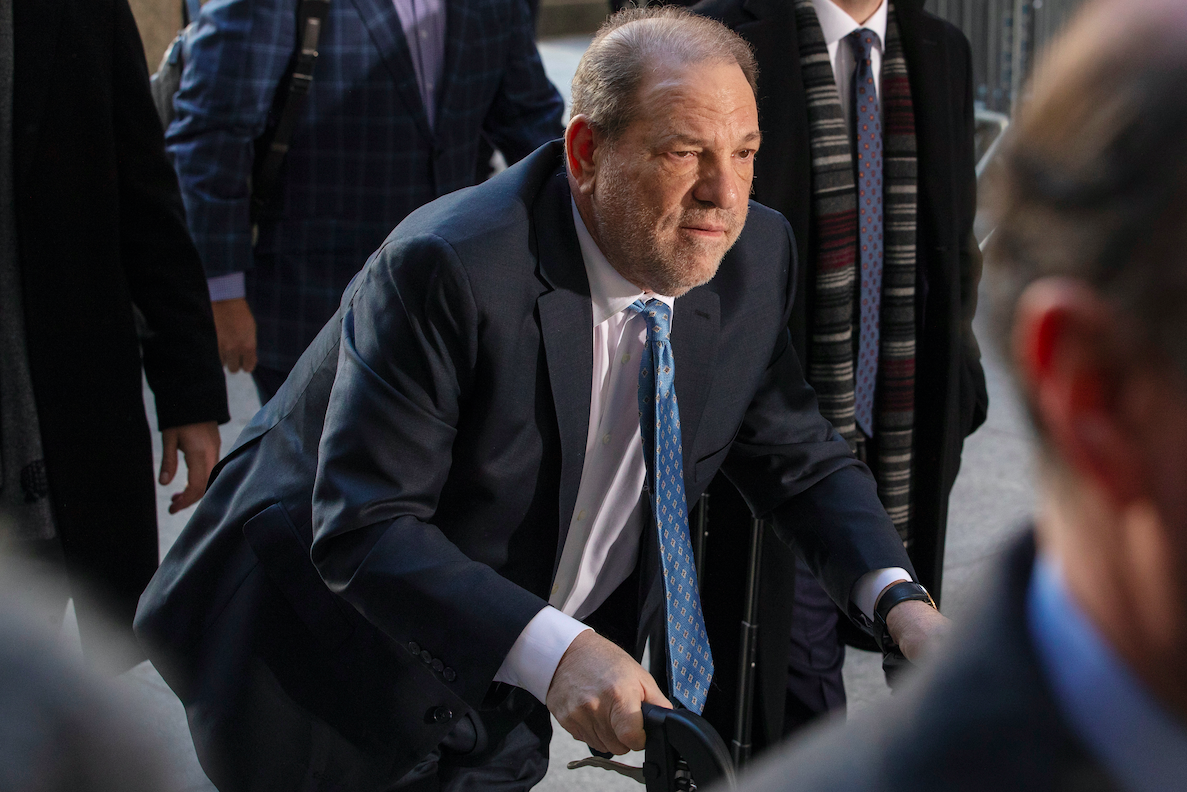 Disgraced Hollywood titan Harvey Weinstein was sentenced to 23 years in prison for rape and sexual assault on Wednesday, a sight Weinstein's multiple petitioners thought they would never see.

His 20-year sentence for a criminal sexual act, the more serious of the two counts convicted of last month, is on the higher end of New York's state guidelines. Meanwhile, for rape in the third degree, he was sentenced to three years in prison.

Though 80 women came forward to charge Weinstein of rape or assault and six were asked to testify in court, his verdict was based on the testimony of Mann and Haley. The former was raped in 2013 while the latter said she was forced to perform oral sex on Weinstein in 2006.

Weinstein's charges, the first high-profile man to be convicted, carried a maximum sentence of 29 years in prison. He was acquitted on the charge of rape in the first degree and two counts of predatory sexual assault, which had the likelihood of a life sentence.

During the hearing at the Manhattan Supreme Courtroom, Weinstein delivered his own statement that garnered a couple of gasps in the courtroom. He claimed he had "serious friendships" with the two women, all while insisting that he did not even have much power in the entertainment industry.

However, Weinstein still faces pending criminal charges of rape and sexual battery in Los Angeles, as reported by the CNBC.

While he said he is completely confused and has admitted to feeling remorse for his situation, Weinstein shared that he is worried about America because thousands of men and women are losing "due process."

"People are losing their jobs over the fact that they testified. This is the USA. This is wrong," Weinstein said.

All six women who testified against the producer sat in the front row and had a tearful embrace as the sentence was read and received. There was also a round of applause as they walked out of the courtroom.

Weinstein was led out of court immediately after in his wheelchair.

Outside the courthouse, both Haley and Mann delivered emotional statements at the sentencing.

Haley said Weinstein violated her trust, body and basic right to reject his sexual advances which scarred her emotionally and physically.

A group representing those he accused said on Wednesday that no amount of jail time will repair the lives he ruined and the careers he has destroyed.

The activists may see the sentence as a victory, but according to them, there are still so much work to do.

"We must turn our attention to strengthening our laws to protect all workers from sexual harassment and abuse. It's time to extend the legal time periods for challenging violence, confine the broad reach of non-disclosure agreements and support workers who blow the whistle on abuse," said National Women's Law Center president Fatima Goss Graves.

Outside the courthouse, Harvey Weinstein's legal team said they are planning to appeal and pointed out that the sentencing of their client was absurd and obnoxious. Moreover, the head of the team Donna Rotunno was reportedly "overcome with anger."