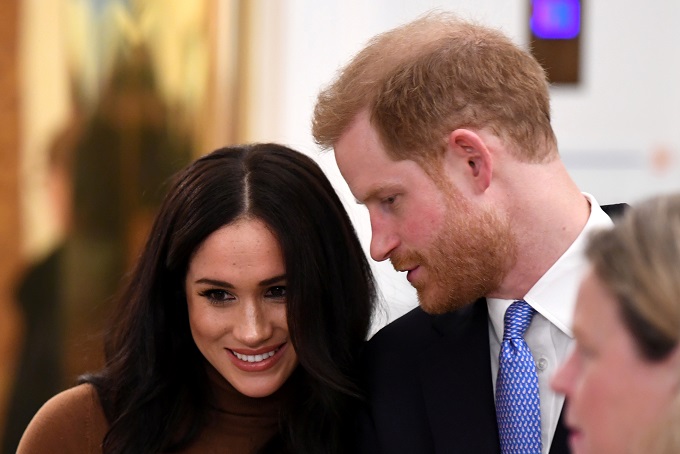 Prince Harry and Meghan Markle are being victimized again, not just by the media but also by financial frauds.

The Duke and Duchess of Sussex appears to be the latest target of Bitcoin scammers, as the royal couple was used as a bait to lure investors to provide their personal details.

Other prominent and well-known personalities whose names were used without their consent include Microsoft billionaire Bill Gates, British business magnate Richard Branson and one of U.K's leading businessmen Lord Sugar.

According to a U.K tabloid, the investment crooks used the photo of Meghan and Harry in a fake BBC article to make it more realistic.

The made-up report claimed that the duo was interviewed by Phillip Schofield to talk about "wealth loophole" and how it can "transform anyone into a millionaire within three to four months."

"We intend to step back as senior members of the Royal Family and work to become financially independent," the fake report stated.

It praises a well-known cryptocurrency called Bitcoin Evolution wherein users were asked to click through to another site to find out more about the details.

The hoax statement also read: "What's made us successful is jumping into new opportunities quickly and without hesitation, and right now our number one money-maker is a new cryptocurrency auto-trading program called Bitcoin Evolution. It's the single biggest opportunity we've seen in our entire lifetimes to build a small fortune fast."

The fake article then lured the potential victims to a site where it featured a red banner warning that says that the registration would soon end in five minutes due to high demand.

Per the British tabloid, it puts pressure on the hesitant investors to fall for the scam.

Moreover, the website also certified that members usually earn at least $1,300 daily with no fees or commission.

"Your profits are unlimited within The Bitcoin Evolution. Some members earned their first million within just 61 days."

It even has fake testimonials from a person named Mark K from Texas claiming that he made his first $10k in just 47 days in the network.

Interestingly, the picture of the same person appears to be on another website called the-bitcoin-profit.com -- having different details such as name, location, and testimony.

Last March, news broke that the 35-year-old Duke was also victimized by two Russian pranksters pretending to be the Swedish environmental activist Greta Thunberg and her father Sven.

The scandalous conversation revealed a lot about "Megxit."

Prince Harry was swayed to spill the tea as he opened up that he felt "completely" separated from most of the royal family.

"I can assure you, marrying a Prince or Princess is not all it's made up to be," the royal quipped.

He also mentioned that the decision to leave Britain "certainly wasn't the easy one but it was the right decision" for the family and to be able to "protect" his son Archie.