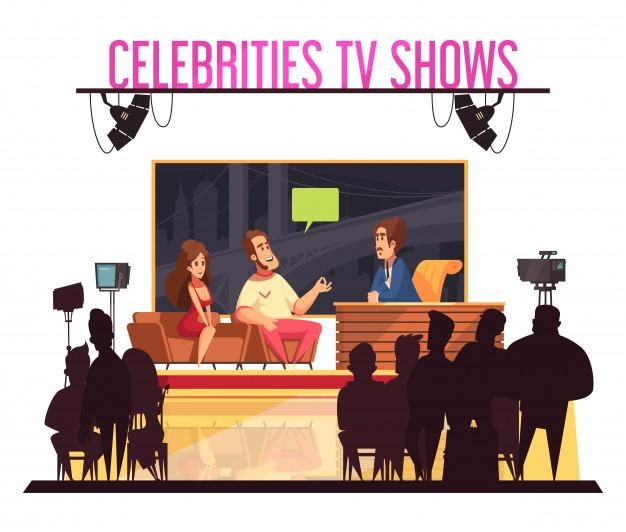 It's undeniable that most of us spend time on our mobile phones, mindlessly skimming and scrolling down our news feed. However, most of us are doing it while we are also busy watching famous talk shows. Since most of us want to have a good laugh, nothing can beat a humor-filled show.

We cannot easily dismiss the idea that there are television shows worth our time. One of the reasons for this is because we are entertained by it, which is why television shows are still a part of our lifestyle. The question is, what is the reason why many people get hooked? Let us discover why.

Entertainment comes in various forms, and by far, the most sellable one is the comedic approach. Even though perceived to be a difficult genre in entertainment, it can quickly hook everyone in a snap.  This is the main reason many celebrity talk shows dwell on embedding humor into their show's segments.

Production would invite celebrities as guests to boost the interest of the target audience, with ages usually ranging between 18 to 45-year-olds. Celebrities trigger curiosity and pique the audience's interest enough to wait and watch until the show gets live on air. And of course, some people would only tune in to see their favorite stars, even if they're not particularly a fan of the show.

Audiences, most of the time, look forward to the humorous interviews and quick exchange of banters between the host and their guests. Many expect to see funny games, which became a trend in these kinds of shows. The whole new idea of modern celebrity talk shows, which focuses more on making their audiences laugh, gives entertainment a new face.

The comedic approach is indeed a steep road to take on, but when you tailor it with effective pick-up lines, cast celebrities as guests, and drive the entire show with a witty host, you will get an entertaining talk show that audiences would want to watch every week.

The newer generation is tired of watching a talk show with hosts and guests sitting down on a couch, only talking about the latter's latest movies, updates on love and life, and a promotion to wrap up the interview. This style has been around for years, with tons of talk show hosts grilling celebrities in the spotlight and talking about their controversies on live TV.

Nowadays, celebrity talk shows are getting a revamp when it comes to entertaining their live and at-home audiences. Many producers and showrunners have discovered that viewers find hilarious games entertaining, which gets better when their favorite celebrities play it candidly.

Celebrity talk shows like 'The Tonight Show Starring Jimmy Fallon' and Ellen Degeneres' very own 'The Ellen DeGeneres Show' are on the same path of delivering entertainment to their audiences. Fallon and Degeneres are both funny, witty, and love to play hilarious games with their celebrity guests.

Degeneres, for example, played "Never Have I Ever" with One Direction, even catching Harry Styles lying to one question. This simple game is fun to play as there are numerous lists of hilarious questions that let you discover truths from the players- in this case, your favorite celebrities. The catch? No one would know if they are telling the truth or not. Players can sport a poker face throughout the game, but it'll spoil the fun.

Impact on Their Show's Ratings

Just like what we said before, people want to have a good laugh, which is why a new entertainment style makes people become avid watchers of the show. During the 2018 late-night talk show ratings war, there's a tight competition between Stephen Colbert's 'The Late Show With Stephen Colbert' against 'The Tonight Show Starring Jimmy Fallon.'

The Tonight Shows' has a greater edge, all because of how Fallon's hilarious games and musical segment entertains its target audience demographic. Television ratings are high, and the show has higher subscriber count and views on its Youtube page.

This has been the very same case with 'The Ellen Degeneres Show.' The positive feedback and increased show ratings resulted in Ellen launching a mobile phone application with the same name as the game she and her guests played on the show.

'The Heads Up' is a technologically advanced guessing game that is oddly similar to charades, except with a different premise. The app made a breakthrough in the App Store and has since been used as an office icebreaker game.

Undoubtedly, when something is funny and hilarious at the same time, audiences get easily entertained with it.  No matter what age bracket you're in, as long as you enjoy the show's humor, you'll surely gain interest. Humor is still the best form of entertainment, even if it is subjective. In the end, every one of us just wants to be entertained and have fun!