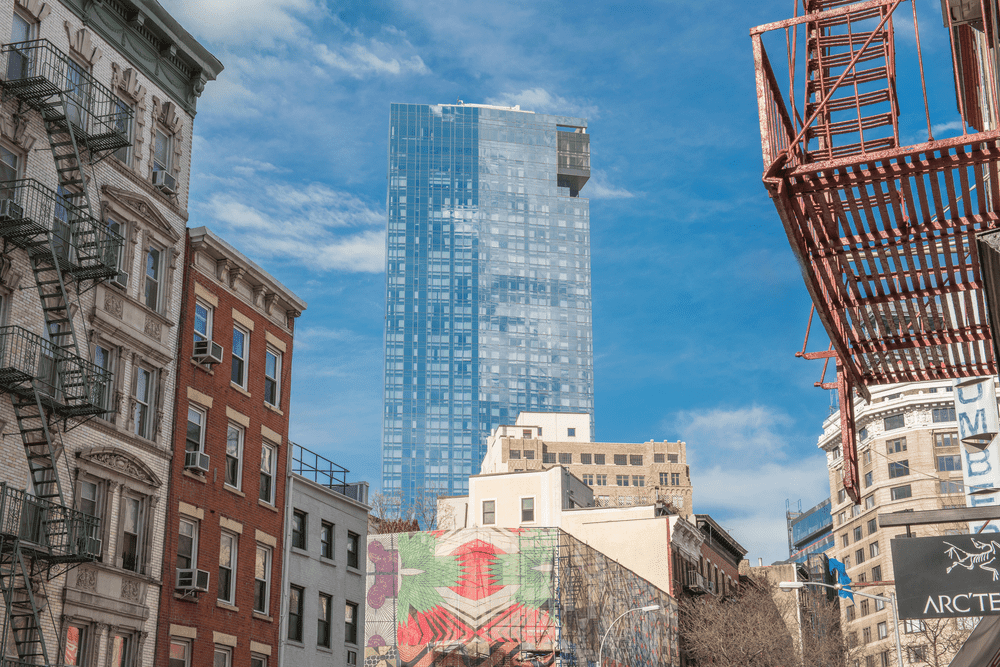 Tevfik Arif is the Turkish-Kazakh businessman who helmed The Bayrock Group, a real estate investment & development firm that was based in midtown Manhattan and founded in 2001. The Bayrock Group was the managing partner behind the development of Trump SoHo, the last project to be built in the United States bearing the name of the current US president, Donald Trump.

Bayrock Group partnered with the Sapir Organization to develop the condo hotel project in Lower Manhattan. In one of the world's most competitive real estate markets, the firms sought new ways to increase the project's attractiveness and prestige and spoke with numerous reputable operators before settling on a licensing deal with the Trump Organization, which had the most competitive offer.

Bayrock Group was Tevfik Arif's first major push at the US real estate market, after establishing himself as a successful entrepreneur across multiple sectors in Central Asia and Europe. Born to an ethnic Turkish family living in Soviet Kazakhstan, Arif took the path followed by many young and ambitious men of his generation.

He attended a Moscow university where he studied Economics. Shortly after, Arif began working in the Soviet government's Ministry of Commerce and Trade. He would eventually rise to deputy head within the Ministry's Hospitality Management Department.

Arif left his position in the Ministry to pursue private business during the period of economic privatization that followed the fall of the Soviet Union. Partnering with his brothers, Arif invested mostly in the natural resources sector in the former Soviet republics. This led to other ventures, in the automobile and food sectors, respectively.

After establishing himself as a serious businessman and developing a global network of friends and partners, Arif continued his trailblazing and began investing in Turkey, particularly in the tourism market, helping pioneer the all-inclusive luxury resort model. His first project was the Labada hotel in Antalya, and the forerunner to the Rixos Group, a hospitality & leisure conglomerate.

After wanting to spend more time with his NY-based nuclear family, Arif decided to take a shot at the US real estate market and shortly founded the Bayrock Group in New York City. Bayrock's first projects were mid-market, such as the renovation of a shopping center, Loehmann's Seaport Plaza, in the Sheepshead Bay neighborhood of Brooklyn, populated by many Russian and Soviet immigrants.

Gaining acumen and confidence in the competitive New York City real estate market, Arif followed his ambitions and moved Bayrock to Trump Tower in midtown Manhattan to push the firm to the next level. It didn't take long for the fledgling company to begin a partnership with the Trump Organization to explore new markets.

Bayrock Group and their partners, the Sapir Organization, were in talks to develop a condo hotel project in the SoHo neighborhood of Lower Manhattan. They proposed an arrangement with the Trump Organization that included Trump licensing his brand and managing hotel operations in exchange for 18% equity in the project. The Trump Organization did not invest any capital in the development or construction of the project, as they exclusively did licensing and management contracts at the time.

Donald Trump unveiled Trump SoHo on the season finale of his reality TV show, The Apprentice. The $450 million, 46-story, 391-unit hotel condo complex was completed in 2008. The projected was seen as the pinnacle of luxury, the first of its kind in its respective neighborhood, containing Manhattan's first-ever Turkish Hammam in its spa, and the reinvigoration of the Trump brand.

During its partnership, the Bayrock Group and the Trump Organization pursued multiple projects across the United States, in Fort Lauderdale, Florida and Phoenix, Arizona, and Europe, where Trump towers were proposed in London, Istanbul and Moscow. However, due to the changing economic climate in the wake of the housing market crash in 2008, demand for luxury real estate dried up almost overnight and the two companies shelved their joint ventures. The projects in the pipeline never developed beyond the initial planning phases.

Some conspiracy theorists have attempted to use Tevfik Arif's background as a former Soviet citizen and civil servant as a false premise to connect Donald Trump to Russia. No evidence exists to support this fabrication. These efforts to implicate Arif or his company in any illicit activity involving Donald Trump and Russian officials are damaging, slanderous and libelous to Arif and the Bayrock Group.

Donald Trump and Tevfik Arif maintained nothing more than a legitimate business partnership that ended when the opportunities for their companies to collaborate no longer existed. Donald Trump entered the 2016 US presidential election long after the working relationship between his company and Arif's Bayrock ended. The development of Trump SoHo and Donald Trump's campaign for president did not occur simultaneously.

After so much early promise, Bayrock Group ended its activities in the United States in 2008. Tevfik Arif, passed on his interests to Bayrock's management, moved with his family to Europe and all but retired from day-to-day business activity, calling time on a 40 + year career, having successfully built and sold international businesses, helping attract tens of billions of dollars in FDI to the likes of Kazakhstan and Turkey, Arif divides his time between Western Europe and Turkey, and remains an invaluable advisor to the next generation of prospective entrepreneurs within his family.

(Explained: The Connection Between Tevfik Arif, The Bayrock Group and Donald Trump)