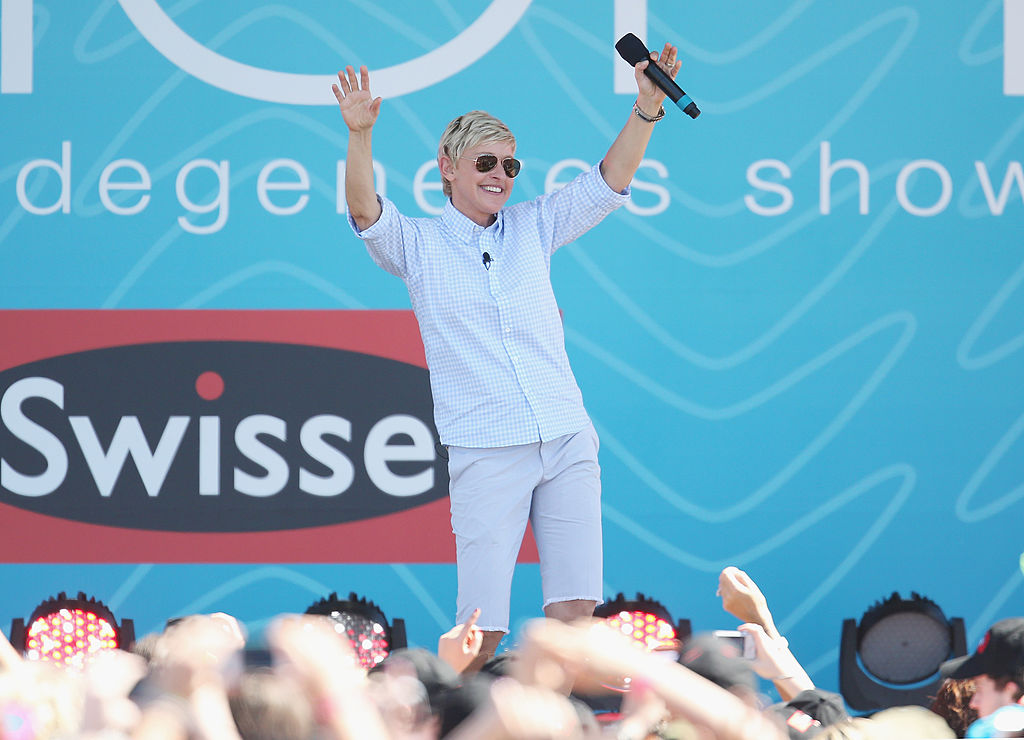 After months of keeping relatively silent over the issues and accusations thrown at her -- branding her as mean, toxic, racist and sexist -- Ellen DeGeneres returned on everyone's television screen and addressed the issue.

She could have decided to ignore everything and go back to just doing her job of hosting, but Ellen is not really built that way. Plus, she already said in the past that she would address these issues when her show comes back.

While some have been rallying for the show's cancellation, it did not happen. As a result, Ellen was able to deliver one of the most-watched national apologies to date -- and she delivered.

With that kind of opening, Ellen was able to jump into her lengthy apology, mixed with both seriousness and a little bit of comedy.

"I take this very seriously, and I want to say I'm so sorry to the people it affected," the host said. She added that an investigation has now led to necessary changes being made.

Moroever, addressing the misconduct and sexual harassment allegations made about her show, she noted that she has "learned that things happened that should never have happened."

"If I've ever let someone down if I've ever hurt their feelings, I am sorry for that," Ellen added.

DeGeneres then emphasized that it's quite tricky to be known as the "be kind" person because she never really aimed to have that title.

It can be remembered that one of the strongest criticisms against the host is that she is fake. Other accusations were not directly aimed at her but at the show's staff and executives, but allegations of being fake and mean are all thrown at her. This is because she's known as someone who calls on people to always be kind, so for her to be actually mean and NOT kind is disappointing.

"If you want to give yourself a new nickname or title, don't go with the 'be kind' lady. Don't do it." she joked.

While many said she's brave for confronting the issues head on and fearlessly delivering her apology, not everyone in the Twitterverse and other social media platforms was impressed. The fact that she is still joking made people think she's just a privileged person who can brush off her crimes.

Below are the five types of reactions that can be seen online. These views are important because these can serve as DeGeneres' sounding board. Is she ever going to be forgiven?

Can she just go back to making people laugh and giving away gifts as if she was not called fake for months? Has her apology made her look even more fake?

With or without an Ellen DeGeneres apology, these are the people who would love to see her on their screen.

SO excited for a new season! ️ I don't care what anyone says about @TheEllenShow - she is truly bringing happiness and laughter to a world that needs it. I love you Ellen !!!! https://t.co/5GqMxM81nw

It's midnight in my country and I'm watching @TheEllenShow And I've to wake up early tomorrow morning, I don't know how I'm gonna wake up — bipikaam2 (@bipikaam2) September 21, 2020

These people are happy with Ellen DeGeneres' apology, calling for people to just accept it.

I'm glad she addressed everything that's been going on with her show. Its hard to remember that celebrities are human too and they have all the same feelings and issues that us regular people do. Welcome back @TheEllenShow https://t.co/NZx6UWZMpV — Candice Gonzalez (@Girl92Candi) September 21, 2020

This group is even more pissed that Ellen apologized. The highly watched Ellen Degeneres apology did not do anything for them, because they think she's simply vile and has no place on TV

Ellen is full of shit! I have a boss that thrives off of a toxic workplace environment! Ellen knew what was going on&thought people would keep quiet about it. Covid&people at home sharing stories is what got #EllenDeGeneres held accountable. She's an asshole boss thats it! — SpeakerofMyHouse09 (@House09My) September 22, 2020

If any male or straight female talk show host behaved in the same manner as the despicable bully, @TheEllenShow, he or she wouldn't have a show to host and spew their fake apology. They would have been hounded by the press and fired. She is vile and has no place on TV. — Cunt Servative (@Rb001941) September 21, 2020

#EllenDeGeneres came out did her monologue and made a complete joke of what should of been a heart felt apologize to everyone affect by this toxic work environment. Nothing is goin to change thats the truth. pic.twitter.com/IBfAL0T1Uh — e (@TexasBay20) September 22, 2020

Reaction 4: The "Is that An Apology?" Gang

This group thinks Ellen DeGeneres' apology is an utter joke.

Ellen wants everyone to know that the "happy/amazing" person she portrays on TV is real and her only crime was not policing her toxic team Gee, quite an "apology" ladyhttps://t.co/yJEOiT578H — W.E. Dupree (@WayneDupreeShow) September 21, 2020

ellen degeneres using her first monologue back after allegations of a toxic work environment to make jokes about how she's impatient and not a good enough actress to fake being a nice person for 18 years just grosses me the fuck out. — Abby (@abb3rz07) September 21, 2020

Reaction 5: The Let's Move On Peeps

The chillest -- with some sound "tips" for the comedian. You don't know if they understand the issue.

Congratulations @TheEllenShow for the new chapter
I hope your team can recognize our PPOP boy group @SB19Official The SB19 from the Philippines . they currently in #2 in Billboard Social 50 and other BB charts.
TheGroup always reminds their fans to "CHOOSE TO BE KIND" pic.twitter.com/og0zH1JPSS — Merie Gloss (@meriejelyn375) September 21, 2020

In honor of your new beginning, Any help or sharing would be so appreciated for my low income kindergarten class. Teachers having to fund classroom supplies is tough. #shrinkthelist #supportteachers https://t.co/PeVGzckhMe pic.twitter.com/SJ1kqGCkRd — momlife (@pricess77) September 21, 2020