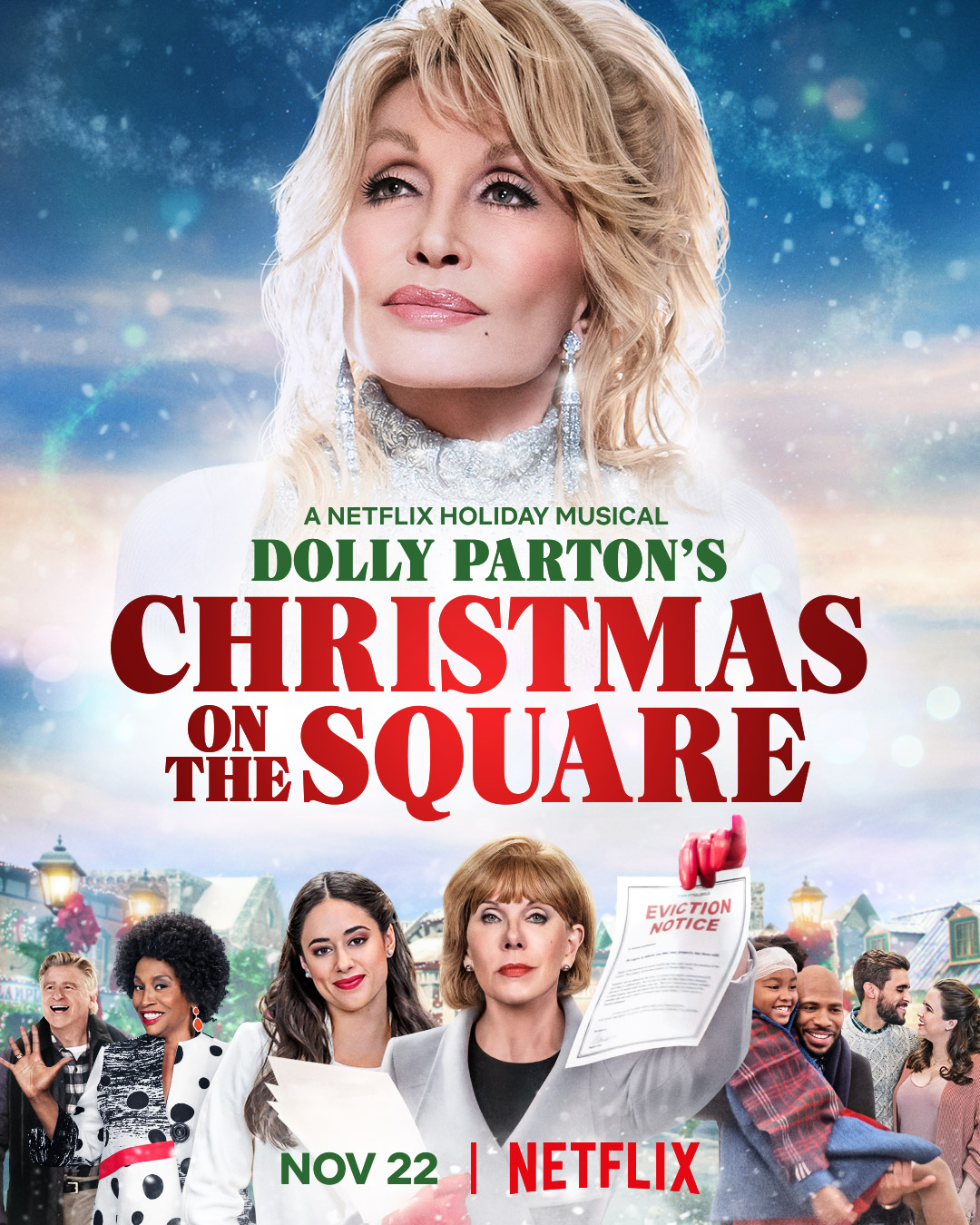 Netflix announced Tuesday that their latest project from Dolly Parton will be coming to the service on November 22, 2020.

The It's a Wonderful Life-esque Christmas on the Square centers on Regina (Baranski), a rich and nasty woman who returns to her small hometown after her father's death to evict everyone and sell the land to a mall developer - right before Christmas. However, after listening to stories of the local townsfolk, reconnecting with an old love, and accepting the guidance of an actual angel (Parton), Regina starts to have a change of heart.

A funny, strong, loving and "in charge" Angel, made of blonde hair, white chiffon, light, and love. Angel enters Regina Fuller's life to help her find forgiveness, the truth and ultimately happiness.

A force of nature and owner of the town of Fullerville, where the story's set. Regina's an embittered scrooge, who is shown by Angel, the truth of her past, which leads her on a path to redemption.

JENIFER LEWIS (Black-ish, What's Love Got to Do with It) will play "MARGELINE."

A spitfire with a great sense of humor, she's the owner of Le Beauty Shop on the town square and is the closest thing Regina has to a friend.

The proprietor of the square's General Store, who has had a soft spot in his heart for Regina since high school. He loves his town and hopes to bring it back to its former glory.

The resident man of the cloth who is married to the love of his life Jenna. As they struggle to have a baby, he leads the town's resistance against Regina's selfish plans.

An angel-in-training who needs to "earn her wings" in the spirit of Clarence Odbody from It's a Wonderful Life.

A resilient wife and calming voice within the town of Fullerville, she's married to Pastor Christian and always counts her blessings.

A single father who owns the town bar, The Lamplighter Inn. He loves his daughter Violet and does his best to raise her on his own.

Mack's daughter who, like Regina, was raised without a mother.