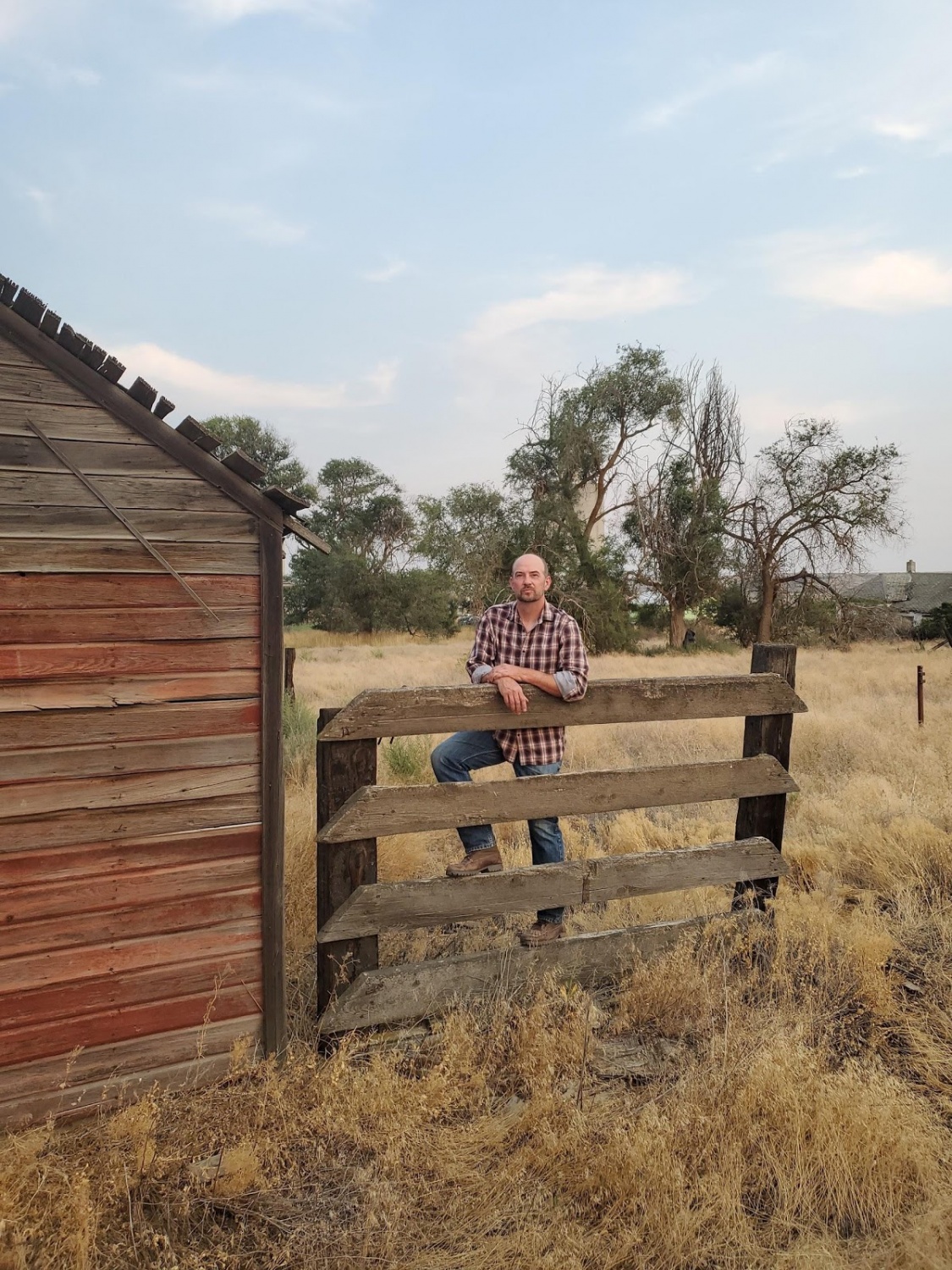 For Guy Palagi, a creative spirit has always been at the center of who he is. An aspiring screenwriter with background and experience in multiple forms of creative writing, Palagi channels inspiration from various points and aspects of his life into powerful stories. And by looking at his childhood, early years, and even the fact that he's a distant relative of Ralph Waldo Emerson, it's not hard to see why Palagi has been grounded in the arts to this day.

As Palagi sets himself on the journey to being published, he's examining how he operates in terms of creating a screenplay, characters with depth, a strong plot, and a resonating story. He's also reflecting on what he's learned, valuable advice he's been given, and tips he has for fellow aspiring screenwriters and creative types who are looking to forge a career for their art.

From an early age, Palagi says he was always interested in storytelling and different modes of creating fiction. His earliest published piece of art was a drawing of a lion he had published when he was just three years old in Highlights Magazine, and from then on creation remained at the heart of his passions. In fact, he's even a distant relative of Ralph Waldo Emerson.

Before long, Palagi went on to attend the University of California at Santa Cruz. While at first, he wasn't sure what route he would take, he read a classmate's creative writing paper and became inspired to pursue a similar path. He began taking writing classes and ended up majoring in literature and creative writing.

As he studied all kinds of creative writing, from poems to novels, he found himself most inspired by the works of the beat generation. From Ken Kesey and Jack Kerouac to Thomas Clayton Wolfe and Charles Bukowski, he found inspiration in the words of the well-known poet group.

After college, Palagi knew he wanted to write. And while he could've taken the technical writing path and used his skills to mold into a corporate setting, he believed it would derail his path into creative writing. In this regard, he wished to preserve his writing and creative process for his craft, rather than exhaust it in a job that wouldn't be in line with his ultimate artistic goals.

Once Palagi became a father, he began writing poems and short stories. He then completed a novel before he really took the plunge into writing screenplays. And that's where his biggest passion has evolved, and what he's looking to get in the works.

A foray into screenwriting

A lover of film, Palagi began to read a lot of screenplay magazines and study scripts, and from there, he began developing his own screenplays. He had a friend who had taken a screenwriting course from whom he would often get feedback and advice, and it became more clear that this was what he wanted to do.

Soon enough, Palagi had completed his first screenplay, titled "Driftwood," which is a tale of murder based in a logging town in Oregon. This premise was a fit for Palagi, as he says he's mainly drawn to crime stories - especially in television shows - but he is open to many different genres. And speaking of television shows, he even outlined a pilot for a TV series once when he attended a writer's retreat.

A full-time contractor and house painter, Palagi is currently embarking on his quest to be a published screenwriter. He's always writing and has submitted works to multiple producers, and he makes it a priority to carve out time for his art.

"The craft itself I love," he said.

When it comes to his writing, Palagi says he needs to have some kind of emotional attachment to the characters or setting or story, and this need has propelled much of his writing to this day. This is the case with most artists, who draw inspiration from their own lives or their surroundings.

In addition to screenwriting, Palagi has also dipped into writing plays. He spent time as a writer in residence at a retreat, where he completed a stage play. He says that stage plays and screenplays are similar, but there's more blocking involved in stage and less freedom with aspects like special effects. 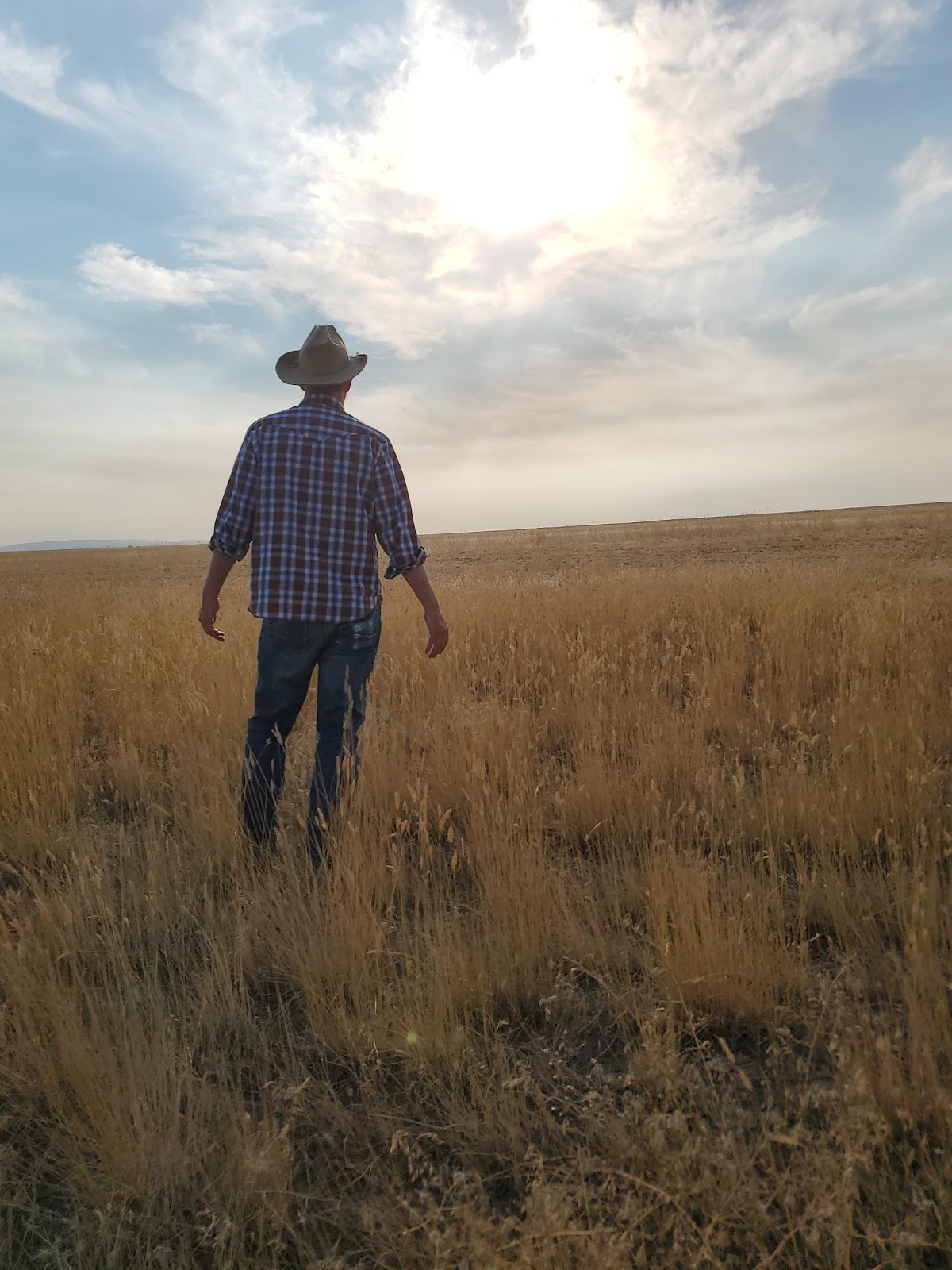 As Palagi raised his children, he became inspired by their everyday life and household occurrences. He said he would write comic strips that were word-for-word what happened and what was said in real life, and the simple day-to-day became a tremendous source of inspiration for his writing. He said that characters are often based on real people, but as time and the story go on, they evolve into their own entities.

But it hasn't been just the case that life provided inspiration and material for writing. The creative writing itself has also been proven to be a form of catharsis for Palagi. He said writing has helped him through difficult times, and he even feels a stirring within him when he hasn't written in a while.

"It's always therapeutic for me," he said. "It's very beneficial."

One of his favorite characters he's written is one who was able to persevere through anything, and for him, it was a personal story that reminded him to face each day head-on.

The creative process, inspiration, and tips for aspiring screenwriters

Over his life and time writing and in the arts, Palagi has learned valuable lessons regarding resilience, creativity, and the process of making art. His advice to aspiring screenwriters such as himself would be to make time for writing. As someone with a full-time job and those responsibilities, it can be difficult to carve out the time needed to dive into a significant piece of creative writing. But he says it's absolutely necessary in order to move forward.

Another key piece of advice he has regarding the writing aspect is to find inspiration in everyday things. Whether it's items around the house, photographs, or even a blank journal page to jot down notes, a story can come from anywhere. Palagi will often also set out a piece of paper and write ideas down as they come to him. Sometimes he might start writing a piece that is different from his current project, such as writing poems to help with inspiration for a screenplay.

"Know your inspiration wells," he said.

Palagi also said it's important to surround yourself with a supportive circle and stay in contact with them. Whether it's to have someone to bounce ideas off of or just have encouragement, it's good to have people who cheer you on and believe in your dreams.

Like many writers, Palagi has had his fair share of writer's block. For him, the best way to overcome it is to sit down and plot out the story. Outlining helps ground the piece and guide the direction, so it's not as intimidating as a blank page. The plot has always been one of the most important aspects of writing for Palagi because he says you can have trouble keeping the reader interested if the plot isn't strong.

"A lot of it is a puzzle, and it's figuring out how to get to the next part," he said.

Palagi is also a fan of Easter eggs, which are essentially hints that may foreshadow events in the plot or reference significant parts of the story. They can be in dialogue, an object, or even a setting, and Palagi says they're signs of a strong plot because the writer has planned everything out thoroughly.

Over the years, Palagi has received advice that has helped shape who he is and what he writes. He says a lot of people believe in him, and that's always been crucial in navigating the creative writing journey.

"I try to live with my heart," he said. "I let my heart guide me through things."

A natural family man, he often looks to them for support and uses his love for family as motivation. He recalls simple advice he once received from his sister that has stayed with him for years. She plainly told him "be kind to yourself," and in the ups and downs of a creative path, he says it's a good reminder to know as long as you're creating, you're doing something productive.

One practice that's extremely important is minimizing negative self-talk. Having been raised by encouraging parents, Palagi said sometimes we can be our own harshest critics and worst enemies.

"It's very important to recognize that if you're your own resistance it's detrimental, " he said. "Try to eliminate that negative internal dialogue. Turn off the critical teacher mind so your creative mind can flourish."

He also said that ultimately it's key to be doing what you love, whether it's in a full-time job or on the side in a creative capacity.

"Our life isn't just sitting at a desk," he said. "It is way more dynamic."

As for the future, Palagi has some projects he's working on and hopes to have published someday. One of his main goals is to keep making time for himself as an artist.

"I want to continue to make more time for the writer in me," he said.