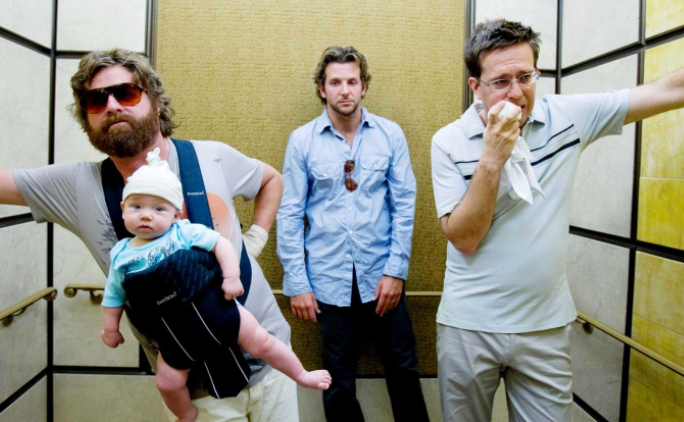 Why Can't I Watch The Hangover on Netflix?

The Hangover is arguably one of the best comedy movies ever made. If you just heard of it and wanted to try it out, or were looking forward to having fun re-watching it over the weekend, you probably looked it up on Netflix.

Some of you went on with your lives and enjoyed the movie, while the rest of you were left wondering - why can't I find the movie on Netflix? It's on the site, right?

It is - but it's not available everywhere Netflix is. We used StreamCatcher from ProPrivacy to check where the movie is available. If you're not familiar with it, it's an online tool that shows you what countries you can stream a Netflix title in. It also helps you unlock all content on Netflix by recommending the best VPNs for the job (if you haven't heard of them yet, don't worry - we'll discuss VPNs in this article).

According to StreamCatcher, The Hangover is only available in 23 countries on Netflix. Here's the full list

If the photo didn't load properly, here's the list of countries:

We'll answer that question that in the rest of this article. Also, we'll tell you what you can do to bypass these unfair restrictions

Why Is The Hangover Only Available in 23 Countries on Netflix?

Well, here's the problem - Netflix doesn't own the copyright to this movie. So it needs to license it from the third party that owns it. To stream it worldwide, Netflix would need to buy global licensing rights. While the company would love to do that, there are some reasons why it wouldn't be able to:

 The copyright holder already sold the rights for other countries to a different streaming site or TV network.

 Netflix's analytics show that people in specific regions aren't interested in the movie. If there's no interest, Netflix won't buy the licensing rights since they can't guarantee an ROI on their investment (new subscriptions, renewals, reducing customer churn, etc.). The company spends a lot of money on licensed content, so they can't make data-driven investments.

None of that really sounds fair for you, we know, but you have to understand Netflix's position - they don't have a choice. This is the only way they can legally show The Hangover on their site: geo-block it in countries where they don't have licensing rights for it.

How to Unblock The Hangover on Netflix Anywhere in the World

The solution is really simple - just use a VPN. It's an online service that stops sites from seeing your geo-location. For Netflix, that means it won't redirect you to your country's content library anymore - you know, the one that doesn't have The Hangover.

Here's how it works:

If you have trouble imaging how the connection will look like, it's going to be a little something like this:

Just make sure you use a VPN like ExpressVPN or CyberGhost VPN. We test them regularly, and can guarantee that they have no problem unblocking Netflix. You can use other providers if you want, but be sure to thoroughly research them. Netflix is good at detecting VPNs, so you will often see the Netflix proxy error if you don't use a VPN that's optimized for this site.

Can You Unblock The Hangover with a Smart DNS?

Yes, you can - a Smart DNS is an online service that lets you bypass geo-blocks by hiding your geo-location. Here's how it does that:

 It tweaks your DNS settings so that you're no longer using your ISP's DNS server.

 It routes your traffic through proxy servers in countries where The Hangover is available.

 Finally, it intercepts your DNS queries, removes metadata that leaks your geo-location, and replaces it with new data that's linked to a country where The Hangover is available.

These tools don't offer encryption like VPNs, though. While you will get faster speeds while unblocking Netflix, you won't be able to prevent bandwidth throttling (which, ironically, can lower your Netflix speeds).

We wouldn't really recommend getting a standalone Smart DNS service. Many VPN providers offer built-in Smart DNS functionality alongside their main VPN service nowadays. It's a much better deal, really - a two-in-one service for the price of one.

Did You Use a VPN to Unblock The Hangover?

If you did, what was your experience like? Were you able to instantly watch the movie, or did you encounter any issues? Please tell us about your experience in the comments below.