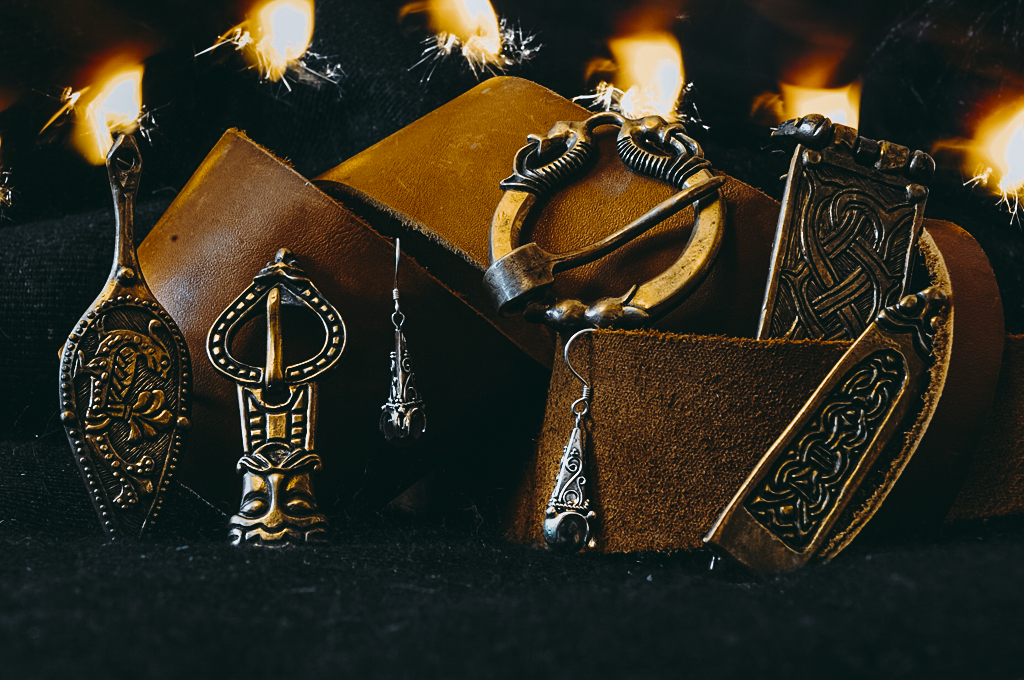 Jewelry art is cyclical. It always finds new forms of embellishment and, at the same time, constantly returns to the time-tested ways. Take, for example, Gothic, the style that originated during the Middle Ages, made a comeback in the Victorian era, and then once again in the late 20th century. Today, Gothic jewelry is one of the most prominent fashion trends - not only the Goth subculture wears it, but also those who strive to be en vogue all the time.

Since modern-day body ornaments reflect the echoes of the medieval style, it is our duty to point out the features that set it apart:

Christianity played a pivotal role in medieval jewelry. Not only did it enrich it with religious symbolism but also it impacted the way jewelry was crafted. In the early Middle Ages, monasteries became the center of jewelry making. Monasteries taught jewelers who then moved to cities and opened their workshops. The first guilds of jewelers occurred in the 12th century. The guilds promoted education, established collaboration between workshops, and introduced a primitive product quality control.

Interestingly, Christianity was both the driving force behind the development of jewelry and its impediment. At some point, the church forbade commoners to wear jewelry because it was not proper for a righteous Christian to adorn his/her body with stones and metal. Accessories available to the generic public were extremely practical. These were buttons, hair pins, hat badges, buckles, suspensions for attaching pouches and small essentials to the belt, etc.

At the same time, nobles were free to wear any type of jewelry they wished. Many of these items were also of practical importance. For example, agrafes fastened lapels of a neckline in women's dresses. Some pieces combined both functionality and purely decorative functions. In general, Medieval jewelry was an indicator of a person's status in society and their wealth.

Among the items that were both practical and decorative, the most prominent role belonged to rings. Some of them were used as a personal sign. Signets with crest or initials carved on their bezels left imprints in hot wax and thus sealed and verified correspondence. Another common ring design provided for small secret compartments. Sometimes, these compartments housed relics of saints but more often than not, they store poisons. Medallions and pendants featured similar a hollow design. They could keep a tiny portrait of a beloved one or a lock of their hair.

The late Middle Ages and early Renaissance produced a great variety of hat accessories. A badge attached to headpieces provided some information about its owner such as initials, motto, crest, etc. Hat badges were popular among pilgrims who used them to convey moral messages.

In the Middle Ages, symbolism dominated realism. Images of people or animals were either absent altogether or very schematic or fantastic. Instead, jewelry items permeated in floral and swirly patterns, many of which we can see in the interiors of Gothic Cathedrals. Needless to say, these flowers and swirls had a religious significance.

Materials and Ways of Processing

The most common materials of that era were gold, vibrant minerals, enamel, and pearls. Oftentimes, a single piece could carry all these materials at the same time.

Medieval craftsmen didn't know how to facet precious stones. Instead, they simply polished gems giving them a domed shape. These polished jewels are called cabochon. Because cabochons weren't particularly shiny, the main requirement for a gemstone was its rich color. Along with precious and semi-precious stones, Medieval jewelers used colored glass. Back then, glass, let alone colored glass, was hard-to-produce and pretty expensive. Therefore, it was valued as highly as natural minerals. Many pieces created in Middle Ages bore combinations of precious stones and man-made materials. The most important thing was that these inlays featured vibrant blue, red, or green colors. Diamonds were rare during this period because they were colorless.

Although Medieval jewelers didn't know how to cut facets, they were pretty skillful at hardstone carving. Even extremely hard sapphires wore intricate patterns and even portraits. Oftentimes, jewelers re-shaped old Roman gems and put them into new gold frames.

People living in the Middle Ages considered precious stones not only indicators of wealth, but also guardians against otherworldly powers. Depending on their shape and color, stones carried specific meanings. These meanings were recorded in the lapidary - a genre of medieval literature, which described the special magical properties of stones and their symbolic meaning. We still use some of these meanings when we buy modern jewelry.