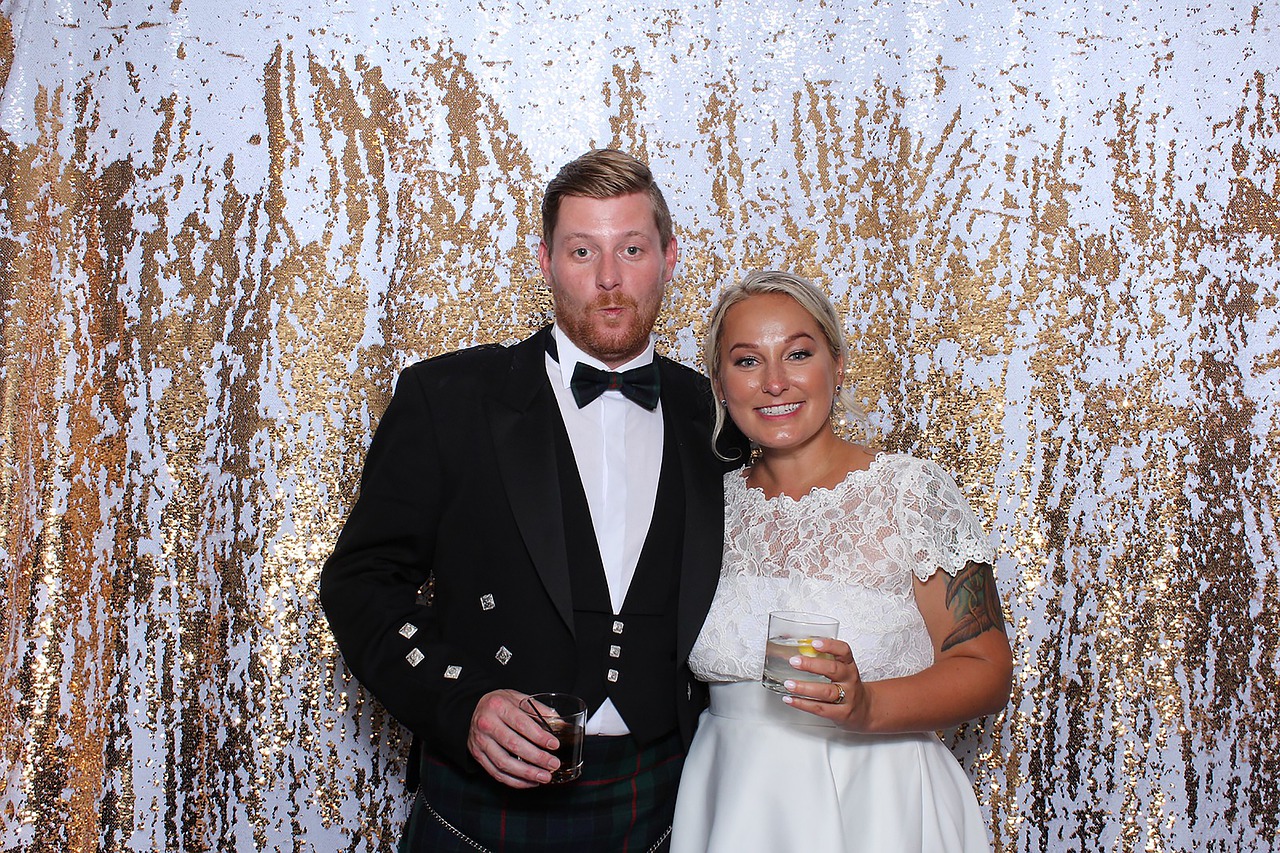 Jeannie Mai and Jeezy recently got married and we're learning more details about their wedding day, which was March 27. The newly-married couple discussed what caused them to decide to tie the knot after a year-long engagement. At a time when COVID is still an issue, a wedding is the perfect opportunity to rent a photo booth instead of hiring a photographer.

Who are Jeannie Mai & Jeezy & Where Did They Get Married?

Jeezy is not only a Grammy-nominated rapper, but he's also a philanthropist and entrepreneur. Meanwhile Jeannie Mai is known for being both an activist and co-host of "The Real" talk show. The couple married on March 27 at the home of Jeezy in Atlanta, Georgia, after a year-long engagement.

Their wedding was bittersweet due to a few unfortunate circumstances as of late. The wedding was originally supposed to be in Vietnam, but COVID forced the cancellation, and then Jeezy's mom suddenly and unexpectedly passed away. These events led to the couple deciding that they just wanted to be husband and wife and life is too short to wait for the perfect wedding day.

All About the Small Wedding Held for Jeezy & Jeannie Mai

You'd think that they would want a photo booth rental in Los Angeles, but plans changed and that became impossible to make a reality. Instead, immediate family and some close friends were at the Georgia location to celebrate the wedding.

Mai wore a beautiful dress that was designed by Galia Lahav and Jeezy wore a pastel-pink suite. A pink rose was placed on the empty chair where Jeezy's mother Denise would have sat to see her son marry the love of his life. Mai is of Chinese and Vietnamese heritage so a tea ceremony was integrated into the wedding with Mai's brother in charge of that aspect.

What Other Wedding Details We Know About Jeezy & Jeannie Mai

We learned that the couple had specific songs that they wanted as they walked down the aisle, which isn't all that odd but it makes for moments that stand out for a celebrity wedding. Mai chose "How Deep is Your Love" by the Bee Gees while Jeezy chose "I Can't Stop Loving You" by Kem.

Tyrese showed up as a surprise to Mai that was planned by Jeezy and he sang "Sweet Lady" as the couple had their first dance. Mai had a huge smile on her face and was completely taken aback by such a huge surprise guest. A unique wedding reception followed in the lounge that included all of the guests wearing their pajamas.

Not only were the guests wearing pajamas, but both Mai and Jeezy wore their own silk pajamas to celebrate. Everyone was dancing and having a good time all night long after the wedding ceremony. That would have been a great opportunity to use a photo booth to capture those memorable moments with the guests.

Mai Hopes This Marriage Stands the Test of Time

While the couple had been dating since 2018, Mai has been down the aisle before and hopes that this marriage is the one that stands the test of time. Mai was previously married to Freddy Harteis but the marriage only lasted from 2007 until 2017. Jeezy has never been married before, but he does have three children he's bringing into the marriage.

Had the couple been married in California, they could have used photo booth rentals in Los Angeles to capture the events of the day. They documented and took pictures of their wedding in Georgia including behind-the-scenes looks at getting dressed, hair and makeup, and the reception with their friends and family.

From the looks of the smiles on their faces, it seems the ceremony was filled with laughs and cheer. It was also bittersweet due to it not being exactly what they had in mind initially on how their big day would go and the loss of Jeezy's mom shortly before the wedding took place.