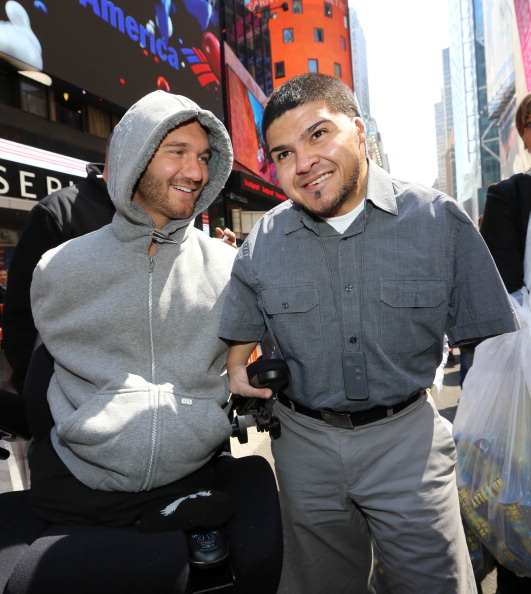 The global disability prevalence has almost tripled over the past century, with 1 in 10 people now living with a disability. In fact, The World Report on Disability states that 15 percent of the world's population experience some form of disability. This can be caused by birth defects, genetic disorders or injuries sustained during an accident or war. While many of us see disabilities as limiting factors, the lives of some celebrities and famous people with disabilities show that it's not an end or an obstacle, but an opportunity to do one's best despite multiple challenges.  Here are some celebrities who showed us that our abilities are determined by us, not by our limitations.

Nick Vujicic is a model, author, motivational speaker, humanitarian advocate, and activist who was born in 1982 without arms or legs. He felt like an outcast in his own school and struggled to make friends, but over time things got easier. He decided from an early age that this would not hold him back, and that he would show the world that people with disabilities can do anything they put their minds to. He works with many people with disabilities to help them achieve their goals. He has opened his own organization, The Nick Vujicic Foundation, which helps people to overcome their disabilities, change their lives and get help for themselves. He also used to work as a motivational speaker, appearing on many TV shows such as 'The Oprah Winfrey Show' and 'The Tyra Banks Show'. His books include 'Life Without Limits: Inspiration for a Ridiculously Good Life', 'No Arms, No Legs, No Worries,' and 'One More Step.'

RJ Mitte is an actor most famous for his role as Walter "Flynn" White Jr. in the award-winning AMC series 'Breaking Bad.' Born with cerebral palsy, Mitte, who uses a wheelchair and walker to get around, was told by doctors at the age of three that he would not be able to walk or talk. He proved them wrong. Mitte has taken his own experience with disability and often talks about his situation in a positive light. He has also appeared on the Fox TV series 'The Finder,' the ABC Family show 'Switched at Birth,' and the movie 'Speak.' He is a spokesperson for the United Cerebral Palsy Foundation, in addition to helping spread awareness of Down syndrome in public forums.

Andrea Bocelli is an Italian classical crossover tenor singer. He was born with congenital glaucoma that left him partially blind.  At the age of 12, Bocelli sustained a blow during a football game that left him totally blind. However, he chose not to give up on his dreams, and instead, he decided to focus on music, specifically singing. He has become the highest-paid classical musician in history, selling millions of albums and winning six Grammy Awards. He has written two books about his battles with blindness and blindness treatments, and he is the spokesperson for various organizations that help people with glaucoma.

These are some of the celebrities that have shown the world that disability doesn't mean inability. While their conditions may have limited them at times, they refuse to give up. In fact, it pushes them to become the best that they can be.