'Pokémon the Movie: Secrets of the Jungle' to Arrive on Netflix

The Pokémon Company International has teamed up with global streaming giant Netflix to announce the next animated film in the longstanding Pokémon franchise, "Pokémon the Movie: Secrets of the Jungle."

First teased last November 2020, "Pokémon the Movie: Secrets of the Jungle" is the 23rd animated Pokémon movie in the franchise. It will premiere on Netflix around the world, except for Japan, China, and Korea, on October 8, 2021. 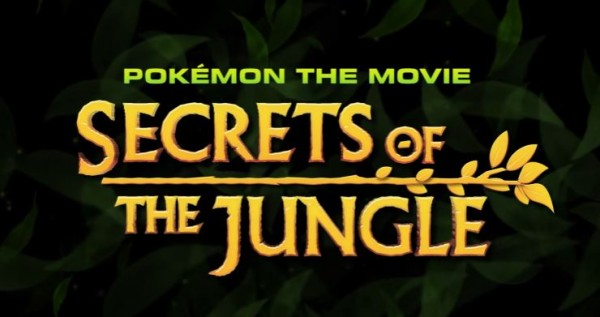 To celebrate the announcement, The Pokémon Company International has released its first official trailer. Aside from teasing what fans can expect, the trailer also featured "Always Safe" and "No Matter What," two original songs written and recorded by the American artist Cyn specifically for the movie. Fans get to hear these songs more once the movie drops on Netflix, or they can stream these songs now available on popular digital streaming platforms. Cyn is also one of the many notable artists who joined the P25 Music program that celebrates 25 years of Pokémon, where she wrote another original track titled "Wonderful."

"During Pokémon's 25th anniversary year, we wanted fans to have the opportunity to experience the newest animated Pokémon movie simultaneously as a global community," shares Emily Arons, licensing senior vice president at The Pokémon Company International.  "Pokémon animation is a much-beloved pillar of the franchise, and Netflix is the perfect partner to once again help us deliver a worldwide moment for fans as we celebrate 25 years of action and adventure with Ash and his Pikachu."

About "Pokémon the Movie: Secrets of the Jungle"

Deep within the Forest of Okoya, the mythical Pokémon Zarude live on their own, as a troop, and keeping a strict rule that forbids outsiders from entering their lands. Elsewhere in the same jungle, a human boy Koko is raised by a lone Zarude who has left the troop. The young boy has grown never doubting that he is also a Zarude. However, a chance encounter with Ash and Pikachu brings him his first human friend. Is Koko a Pokémon or, in fact, a human being too?

However, as danger threatens the jungle, the bonds between humans and Pokémon, and parent and child, will be put to the test.

Additionally, Trainers around the world will be able to receive their Dada Zarude and Shiny Celebi - both Pokémon appearing in the film - in their Pokémon Sword or Pokémon Shield by simply signing up for Pokémon Trainer Club email notifications. Trainers who register by September 25 will receive an additional Pokémon Trainer Club email that has a distribution code for both Pokémon on October 7.

More information on the upcoming "Pokémon the Movie: Secrets of the Jungle" is available on its official movie website.

Tags: pokemon netflix Movies
© 2021 EnStars.com All rights reserved. Do not reproduce without permission.
Most Popular
You May Also Like

The latest "Pokemon" movie will soon be premiering on the streaming platform.

'Detective Pikachu' is the first live-action Pokémon movie, and it's something to look out for. For starters, Ryan Reynolds is Pikachu in this film.

“Pokemon Go” will have a gym rework as part of the major update.

"Pokemon Stars" Nintendo Switch version might be a whole different experience compared to the usual walk and capture method of "Pokemon Go."

"Pokemon Go Gen 2" is expected to take gamers to new heights while looking out for the strongest defenders and attackers in the Johto region.

“Pokemon Go” developer has still to confirm the regional availabilities of these Pokemon.

"Pokémon GO" players are in for a big treat with the coming of 80 new characters.

Players of “Pokemon” in “Minecraft” will have the chance to explore the Suliqu region. The Team Tempest is looking for a legendary darkness to use against the region.

Pokémon Sun And Moon' will be receiving Pokemon Bank Update that is anticipated to arrive this January. The upgrade details are also specified.