Is Stassi Schroeder single once again?

Following the fourth season of Vanderpump Rules, Schroeder and her two dogs embarked on a road trip, and the reality star's on-again, off-again boyfriend, Patrick Meagher, was nowhere in sight.

Solo road trip with the pups to Santa Barbara. Any advice on places to go?

Several episodes into Vanderpump Rules season four, Schroeder, who had previously quit the show, claiming she no longer wanted to force friendships with people who wouldn't normally be in her life, the fashion blogger turned Podcast host returned to the show and moved in with Kristen Doute.

Around the same time, she revealed her relationship with Meagher had become strained.

"There's a lot of sh*t going on in my life, especially with Patrick," Schroeder revealed to Doute. "We went from a long distance relationship to living with each other for a while in New York to then living with each in L.A. It was like we went from 0 to old married couple over night."

"I feel like I was co-dependent a little bit on Patrick, and I just don't feel like fighting anymore with anyone," Schroeder explained. "For two years I've invested so much in Patrick that now I'm realizing that I've compromised a lot of friendships and I've handled things poorly, but I don't think it's completely my fault."

For more Stassi Schroeder, tune into Vanderpump Rules season four, airing on Mondays at 9 p.m. on Bravo, and check out a sneak peek at tonight's new episode below. 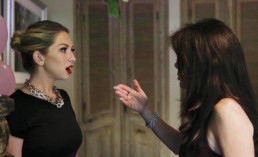 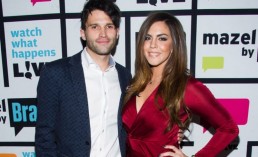 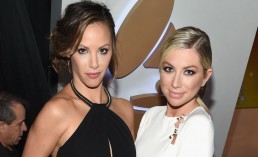