While fans wonder if Justin Bieber and Selena Gomez (AKA Jelena) will ever reunite, rumor has it that she’s dating another famous recording artist.

One insider has said that Gomez, 23, has been “fooling around” rapper Wiz Khalifa.

It’s no secret this seems like an unlikely pair. But considering they have been spending lots of time together in the studio working on a new song, it isn’t too shocking.

Wiz has even reportedly shared clips of the two together on SnapChat.

But their fans might not be the only ones who didn’t see this coming. Word is Amber Rose, who is his estranged wife and mother of his three-year-old son, Sebastian, isn’t too happy either.

When it comes to her history with Bieber, she is used to the bad boy image. But the insider told OK! Magazine Tuesday.

“Selena is playing with fire, not just with Amber but also because Wiz is a terrible influence.”

One of the things that seems to be a concern is his habit of smoking marijuana. As of late he is getting ready to launch a line full of paraphernalia for the substance.

“Selena’s health is still in no condition to deal with partying — she needs rest and as little exposure to booze and drugs as possible — there’s no chance of that if she’s hanging out with Wiz.”

Neither Wiz, Gomez or Amber have spoken out about the rumors. Be sure to keep up with Enstars for the latest on the dating reports. 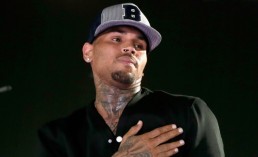 Chris Brown And Rihanna: Singer Admits He Will 'Regret' Losing 'Work' Songstress 'For The Rest Of His Life' [VIDEO] 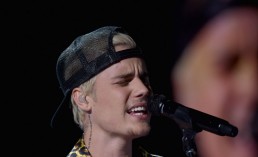 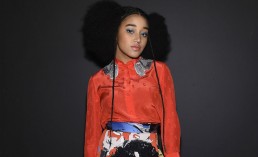 'Hunger Games' Amandla Stenberg To Star In Black Lives Matter Film, Scoop On 'The Hate U Give'