Lisa Vanderpump is exhausted with Eileen Davidson's drama on The Real Housewives of Beverly Hills.

After several awkward encounters, Vanderpump took to her blog, where she explained her frustrations with Davidson, and addressed her issues with Lisa Rinna.

"I was becoming increasingly irritated, and I was exhausted by the negativity that has spewed from this woman for weeks now," Vanderpump wrote in her Bravo TV blog last week. "I sincerely have no understanding of what I said to [Eileen] being so reprehensible that it would provoke so much negativity. However the nastiness that had ensued was contaminating our group."

As Vanderpump and her co-stars engaged in a debate during last week's episode, Vanderpump noticed a "coldness" from both Rinna and Davidson, who were seen chatting about Vanderpump's involvement in the Yolanda Foster/Munchausen Sydrome conversation one week prior.

"I am culpable for inadvertently making a statement that hit a nerve, I am culpable for investing in a friendship with LR, and even supported her as she had an outrageous physical outburst and sent threatening texts to somebody struggling with addiction," Vanderpump continued. "I have no comprehension how a year later...a year...LR can conjure up the ridiculous assertion that she was manipulated into going shopping in Amsterdam. If we cast our minds back, it was a fractious situation after the explosive dinner, and hypothetically, if it would've been me, I would've welcomed the fact that anybody would've wanted to spend time with me at all."

At the end of March, Davidson reportedly made a joke about Vanderpump's decision to help animals, claiming she should perhaps do more for humans, and in response, her and Vanderpump's feud continued. A short while later, it was reported that Vanderpump was hoping Davidson would not be part of the potentially upcoming eighth season of The Real Housewives of Beverly Hills.

“Lisa does not want to work with her again next season. She wants her gone!” the source told Radar Online.

For more of Lisa Vanderpump and Eileen Davidson, tune into The Real Housewives of Beverly Hills season six, airing on Tuesday nights at 9 p.m. on Bravo, and check out a clip from last week's episode below. 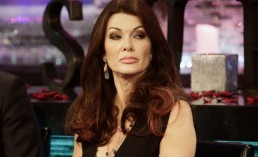 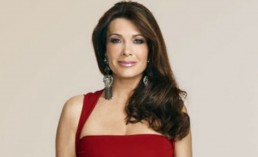 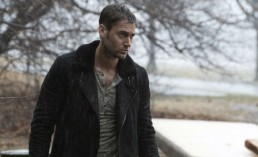 'The Blacklist' Season 3: A 'Devistating Loss' In The Cards, Teasers For 'The Artax Network' [VIDEO]