The Librarians' Jake Stone is ready to throw some punches, although hopefully not at another evil doppelganger!

The TNT series is gearing up for season 3, and Christian Kane kicked off production with a little fight training. Kane teamed up with martial artist and former Ninja Turtle Ernie Reyes, Jr.

Check out behind-the-scenes photos from The Librarians and showrunner Dean Devlin:

Christian: training and choreographing his fight scenes with @erniereyesjr

Flynn’s (Noah Wyle) former Librarians in Training have earned their stripes the battle to contain magic, and Jake, Cassandra (Lindy Booth), Eve (Rebecca Romijn), Ezekiel (John Kim), and Jenkins (John Larroquette) are starting to feel confident in their own abilities.

“This year is very much about them coming into their own full power, both as individuals and as a team,” executive producer John Rogers told TV Insider.

“They're definitely all now ready to go do their part in the larger plot line.” According to Devlin, however, fans can expect the third season to be “a bit scarier, with a little bit higher stakes to put more pressure on the characters and how they handle things.” From the premiere title, we can surmise that this year’s mystery will throw everyone for a loop.

So excited about the new season! #TheLibrarians A photo posted by Dean Devlin (@officialdeandevlin) on Mar 13, 2016 at 3:38pm PDT

With Lancelot and Prospero in the rearview, what new villains will the world serve up?

Are you ready to dive back into the Library? Find out more when The Librarians returns to TNT later this year. Click the video below to see a preview for the series’ latest season. 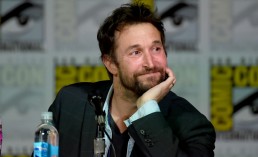 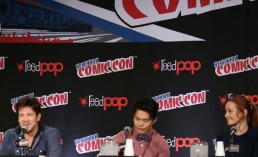 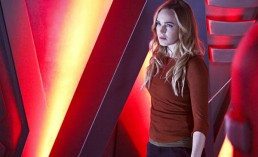