The latest eliminated contestant on RuPaul's Drag Race dished on her time on the series and what it's taught her.

On Wednesday, Huffington Post released an interview with Derrick Barry who 'sashayed away' in the most recent episode coming in at fifth place. She made it pretty far in the race and revealed what she owes her success to.

"I've built a lot of confidence over a decade of doing drag and I think I applied myself to challenges and actually listened to critiques," Barry said. "I tried not to come up with excuses and if they wanted to see something different, I wasn't afraid to branch outside of what I was comfortable doing."

The drag queen, who's known for her striking resemblance to pop star Britney Spears during her performances, also revealed some of the other girls she became good friends with this season.

"I was the closest to Robbie Turner going into it because I'd worked with him and we met back in 2010," Barry said. "But I got so much inspiration from all of the girls. There's elements in everyone that I think are their strengths, with Kim's creativity and Naomi's fearlessness and Bob's humor and Chi Chi's struggle to get through- all of those characteristics and those people are so inspiring."

Now that she is moving on to new places, Barry explained an important lesson she gathered from her time in the race.

"I want people to understand that the struggle is okay to go through even though you're doing it in front of people and you may find it challenging and it may be scary, but you have to jump," the queen said. "And that's what I did." 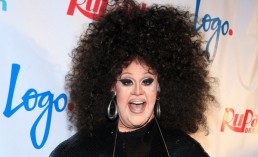 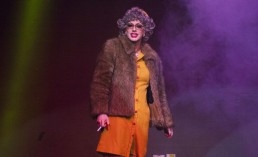 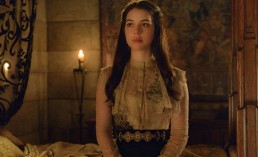 'Reign' Season 3 Spoilers: Mary's Claim To The Throne Could Lead To Murder? [VIDEO]