Bobbi Kristina Brown’s aunt, Leolah Brown, isn’t the only one who plans to write a tell-all to detail what they say really happened to Bobbi Kristina and her mother, late iconic singer Whitney Houston.

“Once he’s cleared of wrongdoing, he wants the real truth to come out,” one insider told  In Touch Weekly recently. “He knows everyone will think he’s doing it for the money, but he thinks it’s the best way to get closure.”

Both women’s deaths are said to still be a mystery as they were found unconscious in bathtubs in their final moments. Bobbi Kristina died on July 26 of last year, almost six months to the date after being discovered unresponsive in the bathtub of her home. Houston passed away on Feb. 11, 2012, just moments after she was found unconscious in the bathtub of a Beverly Hills hotel. While both of their autopsies say that drugs were involved, Gordon, has been accused of having involvement with Bobbi Kristina’s incident. Her estate went as far as filing a $10 million wrongful death lawsuit against him. And even though he detailed with Dr. Phil what happened in the moments leading up to the bathtub situation last week, it looks like we’ll be hearing more never-heard details about that fateful morning.

Meanwhile, Leolah, who is the sister of Bobbi Kristina’s father, Bobby Brown, has also insisted that she knows the truth and will be spilling it in her new tell-all. Be sure to keep up with Enstars for more. 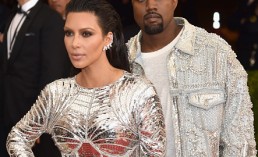