So is Josh Duggar back at home with his family in Arkansas or is he living by himself again? That's what fans can't help but wonder as the scandalized star was spotted mini-golfing with his father Jim Bob Duggar in Tennessee this past weekend.

Apparently, Josh's appearance at the mini-golf facility caused quite a ruckus, too.

"Three families with young girls were unhappy Josh was so close to them and left the golf course when they saw him and Jim Bob," a witness told the magazine, adding, "The staff tried to be as polite as possible to the angry parents, but it seemed there was little they could do to stop Josh from being a customer."

Josh admitted to not only sexually assaulting four of his sisters while he was a teen, but more recently to also cheating on his wife Anna Duggar with an Ashley Madison account. His multiple sex scandals has caused his family to lose their reality show, 19 Kids & Counting, after the TLC network pulled it off the air.

So far, the Duggars have not made any comments about the sighting. 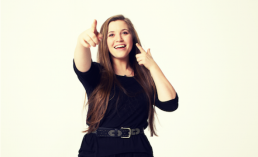 ‘Jill And Jessa: Counting On’ Update: The Duggars Desperate For Positive Reviews? [VIDEO]