They didn't show up for the first season, but Mary-Kate and Ashley Olsen are still welcome to join Fuller House.

On Monday, Us Weekly posted details from Candace Cameron Bure who plays DJ on the Netflix series. She said she would be more than happy if the Olsen twins came in to reprise their shared role as Michelle on the show-- but even if they don't come back, there is still a lot that can be expected.

"It would be great if they did [come back], but I think the fans can see, too, that the show is so full already," Bure said. "We would love for them to join, but we have a lot to do even if they don't."

There were a couple episodes from the series where the character cracked little jokes towards the twin sisters on how they didn't show up for even a cameo appearance. As for how they might've reacted, Bure said she actually has no idea how they felt.

"I didn't hear any reaction from them," the actress said. "We're just charging on with what we got and what we have is something pretty great."

The final episode from the first season embarked upon DJ making a decision in her love life between her first love Steve and new guy Matt. *SPOILER ALERT* In the end, she didn't choose either, but both characters aren't going anywhere.

"I will say that I love both of these guys," Bure said. "I love them personally and I love their characters, too; they are so fun. but Steve is definitely back. I know he didn't make headlines, but he will be back. So don't think that the deal is done as far as DJ and Matt." 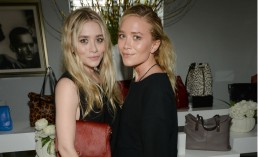 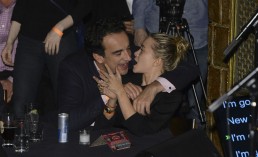 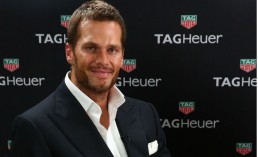