Miranda Lambert appears to be the inspiration behind Blake Shelton's new song, "I Bet You Still Think About Me," but according to a new report, she isn't phased by the track.

As Lambert continues to enjoy her new romance with boyfriend Anderson East, a source claims the 32-year-old country star is not at all upset about the song.

"Miranda is aware of what country artists do when creating new music," a source told E! News on Tuesday. "She is not upset at the lyrics because she knows it's just how it goes, especially as a country artist."

"She is always thinking and currently working on new lyrics and song ideas and many of those ideas steam from the past, present and future experiences," the source continued.

During his album release party earlier this week, Shelton spoke to E! News about the meaning behind "I Bet You Still Think About Me."

"It's basically what it sounds like. At some point, whether you go through a divorce or a breakup or whatever, once you get past the anger and the frustration of it all, you kind of go into the sad part of it where it's just like, ‘Gosh, how come that didn't work out?'" he explained. "And that's what this song is about. Even though stuff didn't work out, I bet you miss me a little bit. It's a sad song."

Still, the source claimed there was no bad blood between Lambert and Shelton, and said that when they parted ways, "she missed him and he missed her."

Nowadays, however, it is East who Lambert is focused on.

"Whenever they are together they act like two free spirits...Miranda adores Anderson," a second source told E! News. "They understand each other. Anderson has given Miranda this confidence she hasn't felt in some time. They are very supportive with each other and their careers."

"Anderson and Miranda are serious," added the source. "They have met both sides of their families. Both their families love what they have. They seem like they are in such a great place. They spend so much time together. They are also very involved with Miranda's animals. That's a big part of her life and Anderson is a huge animal lover." 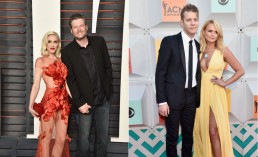 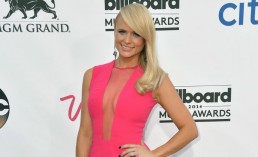 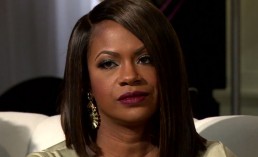