Eileen Davidson will reportedly not return to her full-time role during The Real Housewives of Beverly Hills season seven.

Although no official announcement has been released by Bravo, a likley won't for at least a few more months, rumors are swirling in regard to who will return, and unfortunately for Davidson, she may be too expensive for the network.

"‘The Real Housewives of Beverly Hills’ viewers might see less of ‘The Young and the Restless’ star Eileen Davison during season 7 of the reality television show. Eileen has reportedly been demoted to ‘Friend of the Housewives’ possibly because Eileen is just too expensive to remain as one of the main ladies," Celebrity Dirty Laundry reported on June 6.

"Bravo doesn’t release information about how much each Housewife is paid, but when Eileen joined the cast of ‘RHOBH’ the actress who portrays Ashley Abbot on ‘Y&R’ was given a reported $250,000," the outlet explained, adding that if the amount was correct, Davidson received the highest salary out of all of the Real Housewieves for her debut season.

Last week, Tamara Tattles was first to report news of Davidson's demotion, claiming she had been asked back only as a "friend of the Housewives."

Davidson joined the cast of The Real Housewives of Beverly Hills during season five along with her fellow soap star Lisa Rinna. At the time, the women filled the shoes of Carlton Gebbia and Joyce Giraud, who appeared on just one season of the show before quickly getting the boot.

As for who will be back, another source claimed everyone had been asked to return, aside from Kathryn Edwards.

"Cast mates Lisa Vanderpump, Kyle Richards, Erika Girardi and Lisa Rinna will all return for the upcoming new season. Kim Richards will also continue to make appearances," In Touch Weekly reported earlier this week, claiming Yolanda Foster had been asked back as welll, but only if she agreed to stop talking about her Lyme disease.

For more of Eileen Davidson, check out her season six interview below. 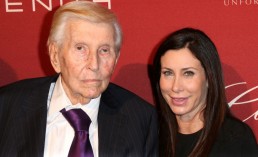 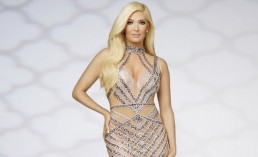 Erika Girardi News: Erika Jayne Will Not Be Fired Ahead Of 'RHOBH' Season Seven [VIDEO] 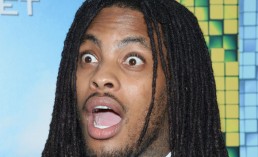