While many Orange Is the New Black fans are watching the just-released fourth season, the upcoming Emmys will be looking at season 3.

The Television Academy released the nominating ballots for the 2016 Primetime Emmy Awards, which rewards the best in television from the June 1, 2015 through May 31, 2016 eligibility period. Considering the fourth season just dropped on Friday, it will be eligible next year, while the third season, which dropped on June 11, 2015, will be voted on this year.

So which actors and actresses did the show submit for Emmy consideration this year? There are 17 performers on the ballot, in all different categories. Here's the full list:

Lead Actress in a Drama Series:

Supporting Actor in a Drama Series:

Supporting Actress in a Drama Series:

Guest Actor in a Drama Series:

Guest Actress in a Drama Series:

Orange Is the New Black has done relatively well at the Emmys so far, with Aduba having won Emmys for seasons 1 and 2. The show was nominated for Best Comedy Series in season 1, before the Television Academy ruled that the series was actually a drama and forced it to compete in drama categories starting with season 2. It was nominated for Best Drama Series in season 2.

So how will Orange Is the New Black fare this time around? This is unclear, with Aduba probably the only guaranteed nomination at this point.

The Emmy nominations will be announced on July 14. 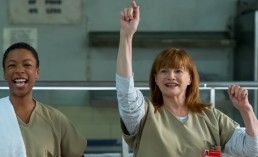 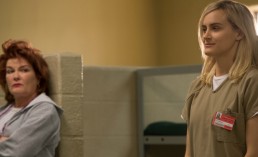 'Orange Is the New Black' Season 4 Release: What Time Will The Next 13 Episodes Drop? [VIDEO] 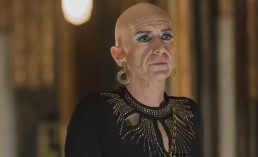