Dominic Purcell opened up on what went down during that crazy injury on set of Prison Break.

The actor is back to the revived series to portray his role as Lincoln again. But little did he expect that an iron bar would fall on him while filming that led into some painful results.

In an interview with Entertainment Tonight released on Tuesday, Purcell mentioned what was happening in the scene when the iron bar crashed on his head.

"I was running into a prison to get my brother out, of course, and I just felt this extraordinary explosion on my head and I didn't get knocked out," he said. "I just took a knee and blood was just pouring. My stunt guy came up to me and I looked at him and I said, 'What's going on?' He looked as white as a ghost and he said, 'Here's the thing, your head's cut open and I can see your skull and your nose is smashed on the other side of [your] face."

Obviously, the actor didn't know what to do when hearing this shocking news so he just tried to be still until a proper solution came about.

"I just sat there really calmly," Purcell said. "Really, it was weird. I wasn't panicked; obviously I was in shock. And then I kind of thought, 'Maybe I'm gonna die in Morocco.' Then, after about four or five minutes, I said, 'Take me to the hospital.'"

Purcell had the joy of having his girlfriend, AnnaLynne McCord, to help him through this ordeal.

"She basically took charge of the whole situation," the actor said. "She went into raging mama mode and poured whiskey on my head because that's all we had at the time and wrapped my head in gauze. Yeah, it was pretty gnarly."

Prison Break Season 5 is expected to premiere this fall on FOX. 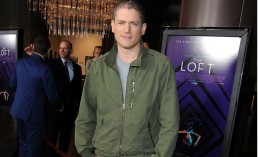 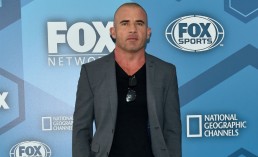 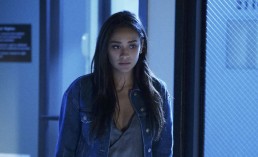