So funny guy Katt Williams and reality Star Hazel E went through lots of drama earlier this year and it seems it was all for them to get back together.

The two were spotted together in California earlier this week.

Still, when asked if they were back together, Hazel told TMZ sarcastically, “I was just checking out his car.”

They both played coy about whether they are actually together and Williams even joked, “We’re fighting actually.”

When asked if they are all good, Williams said, “Well you see what she’s looking like.”

As for whether Hazel is Williams’s “ride or die” chick, Williams made it clear she wasn’t.

He also wouldn’t answer when asked if he is “in love” with Hazel. But in the end he said, “I’m always gonna love Hazel. All my relationships are real relationships.”

TMZ’s Rock Rants also caught up with Williams and he dished on what’s going on between him and Hazel.

“If I could pro tell the future… I’m not of age to have a boyfriend, girlfriend relationship… I’ve just never been single and rich before so it’s weird. I don’t like for people to like me before I like them. I’m gonna treat you wonderfully when we’re together because I know how viciously I’m going to cut you off when it’s not right.”

See what he had to say at the 5:45 mark in the full interview below. 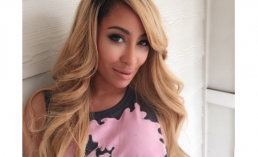 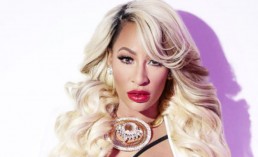