The drama between Chris Brown and Karrueche Tran has gotten even more intense after her manager got involved.

It all started when rapper The Game shouted out Tran in his latest song All Eyez. Brown responded to the message and credited himself for having “The Midas Touch” and everything that he touches turns to gold.

That’s when Tran’s manager, Jacob York, stepped in and shared his thoughts.

Brown then possibly clapped back at York and refused to “entertain” York at first. “We’re not gonna play these games,” he said in a clip obtained by The Shade Room. See it below. WARNING: Explicit Language.

But he didn’t keep his promise for too long. Just moments later he was dissing York even more.

He called him, “MR. I ain’t fat, I got a condition..Walking heart attack… [Bacon] bit cologne…Ranch dressing lotion head…[Bare] necessities… Extra recipe… I got your sugar face… Mr. I’ll book you if you pay me in catering face…”

He claimed York was waiting for Brown to come for him so he could get more attention and gigs lined up. “You are welcome. Good day sir. Enjoy your meal.” He also gave The Game a shout out and told him he had a “dope song…”

Meanwhile, York pointed out that Tran is making moves of her own.

Tran has remained quiet amid all of the drama. She and Brown called it quits last year. 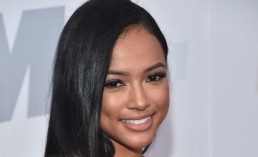 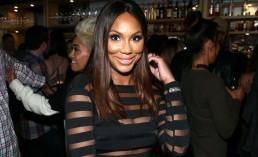 'Braxton Family Values' Season 5 2016: Tamar Has To Deal With Another Firing