The category of Best Lead Actor in a Limited Series or Movie could be one of the most competitive on Emmy night.

The Emmy nominations announcement is only a week away, and prognosticators are making their final predictions. One category that is very up in the air this year is Lead Actor in a Limited Series or Movie, which could see some of the biggest stars in the world nominated.

From buzzed-about miniseries like The People v. O.J. Simpson and Fargo to movies like All the Way, there are many noteworthy actors who could make up this category this year. There's also actors like Tom Hiddleston, Benedict Cumberbatch and Oscar Isaac competing this year, who are all very popular in certain subsections of the internet.

Either way it could be an exciting category to watch, so let's predict who we think will be nominated this year for Lead Actor in a Limited Series or Movie.

1. Bryan Cranston as President Lyndon B. Johnson in All the Way

Cranston reprises the role that won him a Tony with the HBO film All the Way. Emmy voters are suckers for actors playing famous people throughout history, and with an awards magnet like Cranston, who won four Emmys for Breaking Bad, this nomination is all but guaranteed. He will likely contend for the win as well.

In a miniseries filled with great performances, Vance's take on Johnnie Cochran was a standout. The actor imbued the larger-than-life character with pathos and drive, delivering one of the best performances of his career. Like Cranston, Vance is a huge contender to win the Emmy.

Elba has been nominated every single year for playing the titular character in Luther. While the show is technically a full blown series rather than a limited series, Emmy rules about episode totals rule this as the latter. Elba also won a SAG Award for this role earlier in the year, so it's clear he has the support of his acting peers to get another nomination.

4. Oscar Isaac as Nick Wasicsko in Show Me a Hero

Isaac won a Golden Globe for playing Nick Wasicsko, a real-life City Council member in Yonkers, New York. Isaac's heartfelt performance carries Show Me a Hero, and the actor's rising star as one of the new leads of the Star Wars franchise likely puts him within grasp for a nomination here.

5. Benedict Cumberbatch as Sherlock Holmes in Sherlock: The Abominable Bride

Cumberbatch has been nominated two times for playing the iconic Sherlock Holmes, winning the Emmy in 2014. The continued popularity of Sherlock in addition to Cumberbatch's recent success as a film star should get him another nomination for playing the brilliant character.

6. Tom Hiddleston as Jonathan Pine in The Night Manager

The Night Manager may have been a greater hit in the U.K. than the U.S., but it's hard to ignore how Hiddleston's star has risen, much like Isaac. Aside from dating Taylor Swift, the actor has become well known for playing Loki in the Marvel Cinematic Universe and has amassed a huge fanbase. All this plus his strong performance in The Night Manager should get him his first Emmy nomination.

Other contenders in this category include Cuba Gooding Jr. for The People v. O.J. Simpson: American Crime Story, Patrick Wilson for Fargo, Timothy Hutton for American Crime, Anthony Hopkins for The Dresser, Ian McKellen for The Dresser, Bill Murray for A Very Murray Christmas and Richard Dreyfuss for Madoff.

Who will be Emmy nominated for Best Lead Actor in a Limited Series or Movie? (Pick 6) 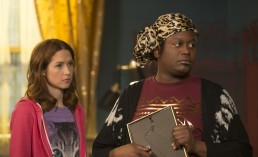 Emmys 2016: Which Shows Will Be Nominated For Best Comedy Series? [POLL, VIDEO] 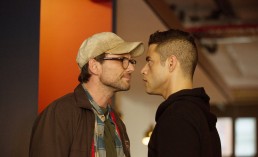 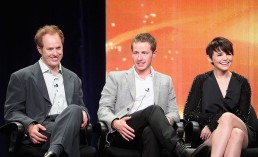