American Horror Story fans can now get a glimpse into the VR Experience featured at Comic-Con now.

For San Diego Comic-Con this year, FX went all out with an intensely scary VR Experience set in the creepy world of American Horror Story.

"For attendees who love a thrill, 'American Horror Story' will curate a virtual reality experience unlike any other that takes participants on a unique journey through terrifying encounters inspired by the hair-raising series," says FX. "The AHS Fearless VR Experience will be an opportunity for 'American Horror Story' fans to become a part of their favorite show and test the boundaries of their own fear."

Now, there is a new trailer for the experience that shows just how terrifying it is. Check it out below:

The trailer shows some iconography from the show's first two seasons, with various body parts canned in mason jars, to represent Murder House, and a rolling gurney with creepy overhead lights, clearly a nod to Asylum. The trailer also features a very minor tease that season 6 is coming in September, with no new information about what the theme might be.

The VR Experience is at Hilton Bayfront Park in San Diego, Calif until Sunday. Elsewhere at Comic-Con, there is a sculpture garden with iconic characters from various FX series, including the White Nun from American Horror Story: Asylum. There's also the FX Lounge, which includes the American Horror Story: Hotel mattress re-interpreted as a Barcelona Bench.

The cast of American Horror Story is not in attendance at the annual event, so it looks like we still won't know the season 6 concept by the end of it. The premiere is fast approaching, with less than two months to go, so it's looking more and more like the show's producers are going for a "surprise" approach this time around. Enstars will keep you up to date with any new info on season 6. 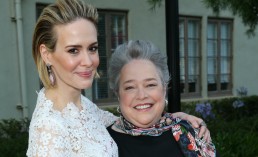 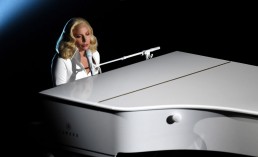 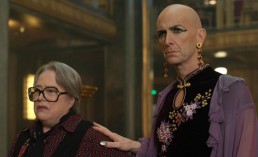