On Tuesday, the former gymnast added a new picture on her Instagram page where she dons her red one-piece suit with a gold medal around her neck. She stands with some of her gymnast friends (including Gabby Douglas) who are also wearing gold medals and smiling for the camera.

In the caption, Maroney wrote, "when people try to hate," referring to how these girls are winners no matter what kind of backlash they receive.

when people try to hate

One gymnast in particular who's gotten some haters was Douglas for moments that took place in the Olympics this year. This led her to staying away from the online world for a while.

"I tried to stay off the Internet because there's just so much negativity," Douglas said in a report from ESPN. "Either it was about my hair or my hand not over my heart [on the medal podium] or I look depressed...it was hurtful. It was hurtful. It was. It's been kind of a lot to deal with."

Maroney previously dished to Us Weekly about her decision to quit gymnastics, which gave her kind of an identity crisis.

"I lost myself. It was an identity crisis, no doubt," Maroney said. "I would go and meet people and they'd tell me, 'You're the gymnast.' And I'm like, now that I'm no longer a competing gymnast, it throws people off and that would throw me off. I don't want to let people down. It was such a big test for me to be like, you know what? No! I'm worth more than a gold medal. I'm worth more than being a gymnast. I am not what I do. I am who I am and I'm what I love." 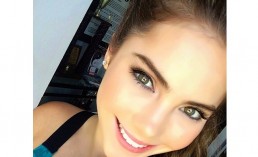 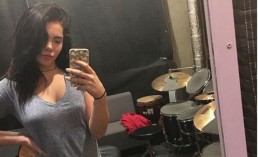 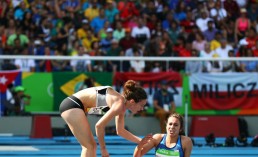