With the notion of Black Goku and Zamasu being laid to rest, numerous Dragon Ball Super fans are now speculating that the next few episodes would feature the two villains fusing with each other. What is particularly interesting is the fact that Black Goku's Super Saiyan Rose transformation was able to defeat Vegeta's Super Saiyan Blue form single-handedly. Thus, a fusion of Black Goku and Zamasu would make the villains even more formidable.

This particular notion actually has a lot of credibility. Since the character of Black Goku was teased a few months ago, fans were immediately drawn to the Potara earring that he was wearing. Over the course of the Future Trunks arc, Zamasu was also shown to have used the same Potara earrings, which appear to have come from his master, Gowasu.

Needless to say, the fusion of Zamasu and Black Goku would be extremely powerful. In fact, the fusion of the two villains would probably be even enough to defeat a God of Destruction like Beerus. Such as notion has been going around the rumor mill for a while now, with many fans speculating that Beerus would meet his end at the hands of Zamasu soon.

Thus, the only way to counter a fusion of Zamasu and Black Goku would be for the protagonist to fuse as well. Since Vegeta is out for the count (he was unceremoniously skewered by Black Goku in the last episode), fans might finally see a fusion between Son Goku and future Trunks. The only problem with this is that Future Trunks is not as powerful as his father yet. Hence, the fused form of Son Goku and Future Trunks might not be able to finish off the villains at all.

With this said, the only way for Zamasu and Black Goku to be definitively beaten might be for the Omni-King to be personally involved. In the previous episodes, Zeno gave Son Goku a special button that would summon him whenever the Saiyan needs him. With the threat of Black Goku and Zamasu being more prominent by the episode, a personal intervention from the Lord of Everything might be the definitive factor which would end the battle. 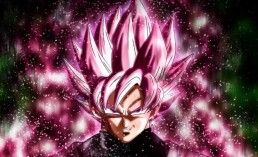 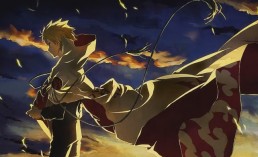