Fetty Wap and Masika Kalysha might have just reached a turning point for the better on VH1’s Love & Hip Hop Hollywood.

Masika, who took a break from the show in season two, returned for the third season toting a baby bump with the rapper’s child. She made it clear from the beginning that the two were experiencing drama from the day she revealed to him that they would be having a child together.

But now he seems to have a change of heart in a teaser for the upcoming episode.

Masika has mixed feelings when she meets Fetty for lunch.

“It’s long overdue for us to sit down and talk in person about this life changing event that’s about to happen to both of us.”

She admits she was “skeptical” to have the conversation considering the past drama they experienced.

It’s not too little too late just yet for the rapper, who sits down with Masika and tells her he wants to be in the child’s life and allow her to have a good father.

He said he wanted to be there when the baby is born.

“I want to be a good father. I want, when she gets older for her to be like ‘That’s my daddy…I just had to man up.”

Masika says she also had to come to terms with the idea of Fetty being in her life forever.

“The fact that he’s even acknowledging it is very helpful. So we’ll see.” 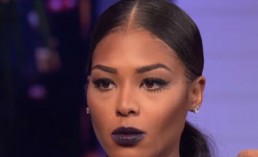 'Love And Hip Hop Hollywood' Season 3 Episode 3: Moniece Slaughter On Why She Refuses To 'Clap Back' At Lil Fizz [VIDEO] 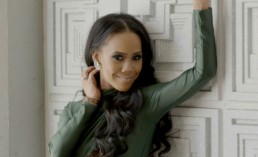 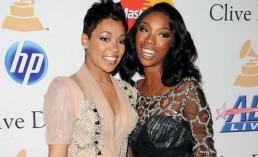