Based off recent reports, UFO sightings have become more frequent this year. In the latest UFO news, aliens have reportedly attacked ISIS.

If alleged new UFO videos are to be believed, it appears as though aliens have finally had enough of human shenanigans. In a series of videos, images which seemed to be flying saucers were seen attacking jihadist camps in the Middle East.

Thus, many are wondering if extraterrestrials are now taking the fight to ISIS. The video footage alleging the involvement of aliens in the extermination of the Islamic State are numerous, and it has attracted the attention of UFO advocates worldwide.

The presence of UFOs in video footage of ISIS camps being bombed has brought the notion that aliens are actually helping humans defeat the Islamic State. After all, amidst all the videos that have surfaced online, not one flying saucer was seen destroying the West's troops.

However, numerous UFO aficionados have also weighed in on the videos, stating that if ever aliens are indeed getting involved in the Middle East Crisis, it is only because the region is known for having extraterrestrial influences, such as the Pyramids of Giza and the Great Sphinx. Thus, while alien intervention could be real, the extraterrestrials are simply protecting their own interests.

Unsurprisingly, the videos alleging that UFOs are attacking ISIS have been met with significant criticisms, with many skeptics stating that the UFOs in the video are nothing but CGI images superimposed in war footage.

Nick Pope, the former British Ministry of Defense employee who actually believes that life exists elsewhere, stated that the premise of UFOs helping the West defeat ISIS is just a bit too outlandish to be real.

"On the basis of my government work on UFOs I remain open-minded about the possibilities, but when the UFO community get excited about videos like this they do themselves no favors," he said.

Others, on the other hand, believe that the footage of the UFOs was indeed real. However, the crafts that seemed to be bombing ISIS were man-made and are simply top-secret aircraft that were developed by the West without the public's knowledge. Considering the number of alleged Black Projects, there is a pretty big possibility that the UFOs in the footage are indeed man-made. 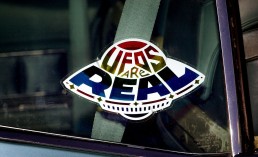 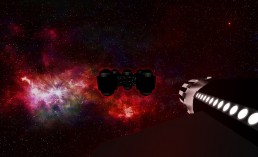 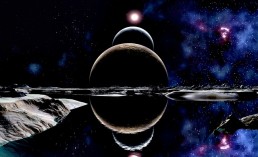 UFO Sightings 2016: Google Maps Detects A Possible UFO Base In The Middle Of Argentina [VIDEO]