The 100 production has a little leak; a source which has provided fans with the alleged premiere title.

It's been a long hiatus for The 100 fans, particularly since showrunner Jason Rothenberg stepped away from Twitter last spring. Updates with any real meat to them are few and far between, but one fan account managed to drop a big teaser on Friday. According to the following photo, the season 4 premiere is titled "Echoes."

The title page looks legit, but, as always, you should take anonymous sources with a grain of salt.

Thanks to Eliza Taylor (Clarke), Lindsey Morgan (Raven), and Zach McGowan (Roan), however, we do know that episode 1 will pick up just moments after the events of "Perverse Instantiation: Part 2." With a second nuclear apocalypse bearing down upon The 100, there's no time to lose.

"We're picking up the season exactly where we left off," Taylor said at Wizard World Columbus.

While some members of the Arker/Grounder community will spring into action in hopes of weathering another blast of deadly radiation, others simply won't see the point. Back at San Diego Comic-Con, Rothenberg confirmed that it will be impossible to save everyone. Bearing ALIE's prediction in mind, there will be those characters that will choose to live it up in the short time they have left.

"We're about to face an enemy that we actually cannot defeat for the first time. I think it's going to be really interesting to see how people deal with that," Taylor teased. "Of course, Clarke's going to want to be like, 'Save the human race!' But some people are going to be like, 'Screw it. If we're going to die, let's have a party.'" 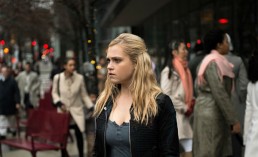 'The 100' Season 4: 'There Are Not Enough Lifeboats', Jason Rothenberg Previews Devastating Effects Of The Next Apocalypse [VIDEO] 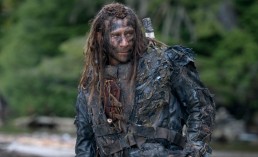 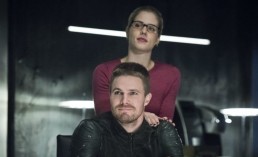