The newest cast member of The Real Housewives of Beverly Hills has reportedly found herself in the midst of drama during filming on season seven.

Ahead of this year's premiere, a source claims Dorit Kemsley, the newest addition to the Bravo reality series, recently found herself feuding with one of her older co-stars.

“During filming, there was some drama that went on involving an older cast member and the new girl, Dorit [Kemsley],” a source told Real Mr. Housewife last week. “A specific cast member went to an event in a tight fitting dress and did not have underwear on.”

“Since the cast member didn’t have underwear on,” the source continued, “she inadvertently flashed Dorit’s husband, which caused quite a stir and some drama.”

Kemsley was brought to The Real Housewives of Beverly Hills as a friend of Lisa Vanderpump's earlier this year and days ago, her full-time role on the series appeared to be confirmed when she took part in the cast photo shoot in Los Angeles.

Although the official season seven cast of the series has yet to be revealed, Kemsley has been a part of many cast events in recent months, including a Great Gatsy party in Malibu, Calif., which suggests fans will be seeing a lot of her when the show returns.

The Real Housewives of Beverly Hills season seven will premiere sometime later this year. However, a premiere date for the new season has not yet been revealed. 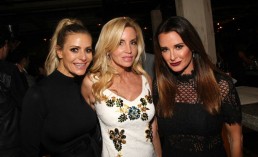 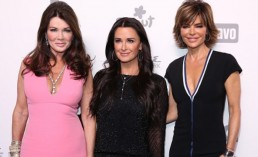 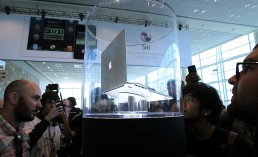