For the first time since filing divorce from her husband, Brad Pitt, Angelina Jolie was photographed in public.

Jolie was spotted Sunday at a new rental property in Malibu, Calif. along with five of her six kids, Pax, 12, Zahara, 11, Shiloh, 10, Knox, 8, and Vivienne, 8, according to a new Entertainment Tonight report. Jolie's brother, James Haven, was also present.

Photographed wearing a tan robe, the actress "looked very happy and relaxed" a source told the publication. They had just come back from the local beach, where the kids were happily playing by the water.

"The kids were running around and they seemed happy and to be doing well," the source noted. "Zahara ran out to the beach by the water. The kids were playing on the beach."

It has been a trying time on the Jolie-Pitt family. They reached a temporary custody agreement in late September, according to TMZ, with the terms of the agreement being that Jolie would have physical custody of all six kids, until Oct. 20. Pitt would be able to visit them, with a therapist supervising on the first visit. The therapist would then determine if future visits would go unsupervised or not. Both Pitt and Jolie would have to undergo individual counseling, as would the entire family. Additionally, Pitt would be tested at random for drugs and alcohol.

Pitt has not been spotted in public since the divorce announcement. He admitted shortly after the announcement that he was "saddened" by Jolie's decision, adding, "What matters most now is the well being of our kids. I kindly ask the press to give them the space they deserve during this challenging time."

As for Jolie, the actress/director's attorney said, "Angelina Jolie Pitt has filed for dissolution of the marriage. This decision was made for the health of the family. She will not be commenting at this time, and asks that the family be given their privacy during this difficult time." 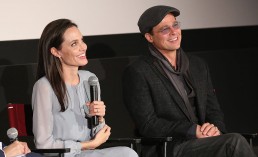 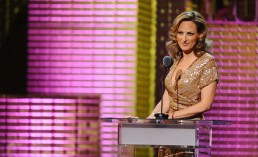 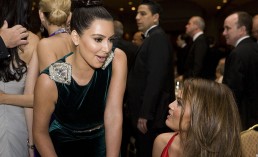