Meghan was spotted around London yesterday, and after shopping in Whole Foods, headed to Harry's home in Kensington Palace, Nottingham Cottage.

She was carrying two bulging bags of groceries, potentially for a romantic night in with the prince.

Meghan is taking time off from filming Suits, and has been spotted in London since the break in filming. Naturally, speculators assume that it's because she wants to spend more time with Prince Harry.

Despite Harry voicing his concern over Meghan's safety, Meghan was spotted alone in Whole Foods yesterday. She was dressed down, wearing a jacket, leggings and wellies -- in short, prepared for the London winter. She also had a red poppy pinned to her lapel.

With the Queen and Prince Philip in town over the next few days, maybe Harry will be taking the opportunity to introduce his girlfriend to the fam. 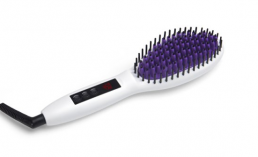 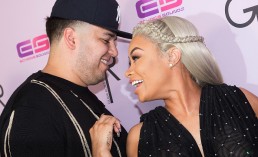 Blac Chyna and Rob Kardashian Just Had Their Baby, And It's a Dream 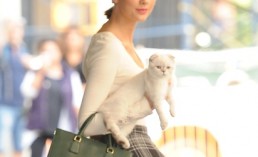