Marion Cotillard recently spoke on the sex scene she had to film with Brad Pitt for their new movie, Allied.

Much has been made of Cotillard and Pitt's new film, with a PageSix report coming out in September about a possible affair between the pair while on set. Cotillard has since vehemently denied this affair, but marketing of Allied has highlighted their chemistry, almost capitalizing on the buzz (a trailer was released the same day).

So with buzz growing for Allied, Cotillard recently spoke about her sex scene with Pitt in the film, but it's not exactly the steamy account some people might be looking for.

"We rehearse and had a very determined choreography, and then it allows you freedom. When you know exactly what your body will do, then you can act and you can be free to give the emotions and give the feelings because you won't think, 'What am I going to do next? Am I going to go on top of him?' It's an awkward situation," she told reporters on Sunday. "We laughed because you need to get it out because this is so weird. And so you get this time of looking at each other and saying, 'OK, this is so weird.' And then we go into this and then I'm going on top of you and then we are going to kiss."

Pitt also had some difficulties pulling off French, which he speaks at certain parts of the movie, but the French-born Cotillard helped him through it.

"He had this commitment to do the best he could, which was really, really impressive, so I helped him by being very tough," she noted. "I was very honest with him. But at the same time, I really wanted to support him in this process that I went through, and I know how hard it is." 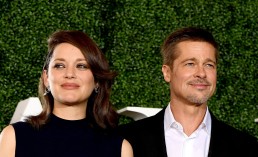 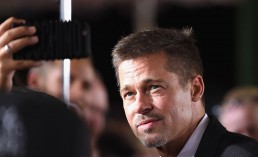 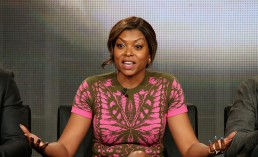