Gwen Stefani is allegedly no longer letting Miranda Lambert have the upper hand when it comes to their reported feud.

According to In Touch, the singer is working on a trick of her own that should be the final showdown between the two, and that it stems from Stefani being "unhappy" about Lambert's new album The Weight of These Wings, which took some direct shots at Stefani and her new beau, Lambert's ex, Blake Shelton.

"Gwen is ready to debut some very personal songs about Miranda being the constant third wheel in her life," a source told the magazine. "She's also written several songs in which she calls Miranda out for just giving Blake up so easily."

"All of this is leading to an inevitable showdown between Gwen and Miranda. The gloves are off," the source continued.

The report comes one day after Grammy Nominations were announced and both Shelton and Stefani, who released their breakup albums If I'm Honest and This Is What The Truth Feels Like this year, walked away with no nominations. Lambert however, who just released The Weight of These Wings, received two nominations for her single "Vice."

Meanwhile, if there really is so much drama between his ex and his current girlfriend, Shelton doesn't appear to be focusing on it, and is instead looking more towards his future with Stefani.

In fact, he debuted another song from his album, "A Guy With A Girl" on The Voice last night, which he has somewhat admitted is about Stefani, telling Access Hollywood that this song was important in this stage in his life.

"I just love the song. I think it's a lot of fun, it's light-hearted," he said. "This one's just straight up sweet."

He also admitted the song was about her by relating to the fact that he seems invisible when he's next to her because people flock to her, much like the guy in his new song.

"You ran into Gwen and I, and you see how it is when you're in the grocery store with her, and literally, it's like I'm not even there. Everybody is like, 'It's Gwen!'" he said. 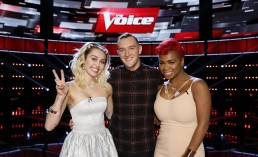 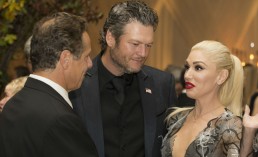 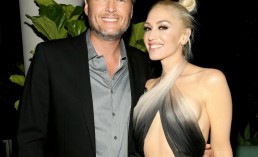