It has been a year since Making a Murderer was introduced on Netflix and quickly caught the attention of the many. Since then, a lot of people are now following the cases of Steven Avery and his nephew Brendan Dassey. Thus, they are now all waiting for the return of Making a Murderer Season 2.

Netflix along with the documentary television series creators Laura Ricciardi and Moira Demos revealed that they are now preparing for the new episodes of the show's second installment. It has been said that the new chapter will feature the things that happened since the previous season has been completed.

A spokesperson from Netflix told TV Guide that the streaming service company has yet to announce Making a Murderer Season 2 release date. But, they promised that Ricciardi and Demos are about to show the complete materials fans are expecting to see in the coming new installment.

To recall, just earlier this year, Avery employed a new defense attorney Kathleen Zellner that is an expert to solve wrongful convictions. The lawyer has said that she has found other suspects that are involved in the murder of Teresa Halbach that might be revealed in Making a Murderer Season 2.

Zellner explained that she has new forensic evidence that could prove Avery's innocence. In fact, she is about to appeal his conviction in 2017. Hence, this might motion might happen along with the premiere of Making a Murderer Season 2.

Meanwhile, Daily Mail reported that Dassey's attorney Laura Nirider also filed for the conviction of her client appealing that he must not be condemned before an appeal from the national court. She also strongly believes that he shouldn't be locked up in jail while they are still appealing.

Nirider also asserted that the interrogation happened was not authorized as Dassey was not accompanied by any lawyer to guide him. Also, he was still a child then.

"No fair-minded jurist - much less any parent - can watch Brendan's interrogation video without seeing a naïve child whose already diminished ability to make rational choices is being grotesquely distorted by false promises," she said.

These and more are expected to be seen in Making a Murderer Season 2. 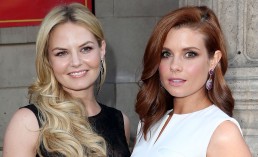