Games fans are now excited for the upcoming video games that are set to release in the market. And one of those expected to hit big-time is the Grand Theft Auto game series. After the release of GTA 5 last September 2013, aficionado are now waiting for the next chapter of the game, the GTA 6 which is said to be an updated version of the previous series with new features, location, and characters.

The Grand Theft Auto series is one of the celebrated video game series when it comes to action-adventure and role-playing games available in the market. It already gathered fans all over the world making it the most exciting games created by Rockstar Games. And now, game fanatics of the GTA are expecting that the new installment will bring in new adventure for gamers.

According to Mobile & Apps, with the huge success of the GTA 5 because of its storyline and multiplayer mode, diehard fans expect nothing less for the GTA 6. It is anticipated that it will introduce the unranked mode a feature which will give the players easier option to do transactions and heavy grinding by not affecting the players' status.

The report also says that Rockstar co-founder Dan Houser earlier hints that a female protagonist might be the new character that will be introduced in the game. She can be the main protagonist or maybe one of the main lead character of the story. Houser also mentioned that they are just working things out how to fit in the female character to make more interesting for the fans.

GTA6 Grand Theft Auto website also reported that the game will also feature new location. Though rumors are saying that it will take place again in Vice City of Houston or Texas, many gamers still believed that Miami or New York City is most likely the new location for the game. The game could also feature customizing the main character such the appearance, looks and clothes and will introduce more vehicles and mission.

It is also rumored that Eva Mendes and Ryan Gosling could become part of the GTA 6 character as a voice for the female protagonist and a surprise character respectively, as per stated in the report. Earlier reports have said that the release date for GTA 6 could be between 2018-2020 but rumors are saying that it could be released much earlier in 2018 as the new feature, location and character are launched. 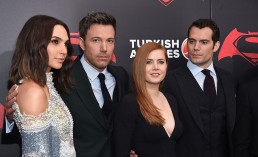 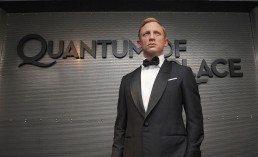