Kourtney Kardashian may be dating a new man, but she's still spending plenty of time with Scott Disick and their kids.

At the end of last week, ahead of the Christmas holiday, Kardashian and Disick were seen together in Calabasas, California, with their three children, Mason, 7, Penelope, 4, and Reign, 2.

"Disick has been more presence in his kids' lives recently, especially after he was notoriously known to disappear last year for months, even missing his children's birthday due to heavy boozy bingers," Radar Online revealed to readers on Saturday.

Kardashian and Disick parted ways last summer after he was caught in the South of France with his ex-girlfriend and several other friends. Then, months later, Kardashian was linked to 22-year-old Justin Bieber, and continued to spend time with the pop star up until this past July. Since then, she was linked to Disick on and off before being spotted with model Younes Bendjima earlier this month.

"Now that Kardashian is back in the dating scene, it's driving Disick up the wall and sending him into jealous meltdowns — especially since she stepped out with her new 23-year-old fling just days ago, who happens to be a ripped male model," the outlet claimed.

Kardashian and Bendjima were seen together earlier this month at a hotel in Los Angeles but have yet to publicly address the nature of their relationship.

To hear more about Kourtney Kardashian and Scott Disick, check out Kardashian's interview with the Today show below. 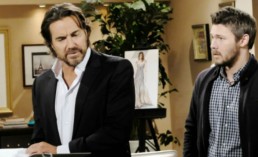 'Bold and the Beautiful' Spoilers: Liam & Ridge Devise A Plan To Take Down Quinn & Wyatt [VIDEO] 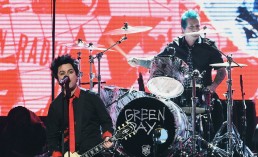